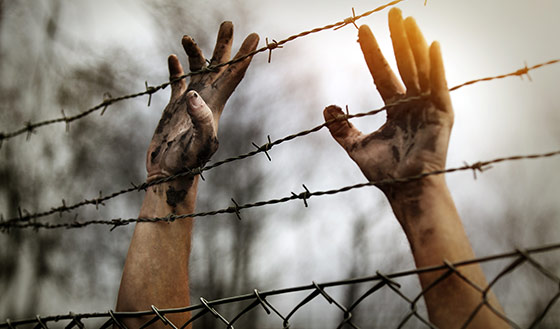 The United States was a nation founded by immigrants, and immigration has always had a clear-cut path toward American citizenship. The United States was built by successive waves of immigrants who came to America in search of a better life. There is a difference between being an immigrant and being an illegal alien. Immigrants follow the rules of the nation they emigrate to and pursue a legitimate path toward permanent citizenship or toward legal employment in the country. Illegal aliens bypass all legal systems in place…rules designed to protect citizens of the country in numerous ways.

For the past 100 years, the United States has pursued a laissez-faire policy toward illegal aliens. Much of this was because American businesses and industries such as farming and mining, for example, wanted illegal aliens to come here. They wanted to pay them under the table, avoiding the taxes and withholding, and circumventing the minimum wage. The public was also complicit: turning a blind eye, provided that it didn’t directly affect them.

But it did…and year after year, tens of thousands of illegal aliens crossed our borders and started their new lives in America…at the expense of American citizens. Now it has changed into something completely different:

Now it is a part of the socialist playbook based on Cloward and Piven, and Alinsky’s actions and doctrines to destroy the United States from within; it has become a global movement toward the goal of global governance.

This is not immigration, either in the U.S. or worldwide. It is the planned, systematic destruction of national identities and sovereignties. This is being accomplished in several manners:

The world of George Orwell’s “1984” solidifies more by the day: increased surveillance, decreasing freedoms, and tensions throughout the world to keep whole populations unbalanced while fueling the war machine with money…taxed monies…of the global Military Industrial complex.

Encouraging “revolutions” by the stupid, uncomprehending youth, who all believe the nonsense of “making a difference” when what they are doing is playing the parts of puppets in the globalists’ hands. Guess what?  The globalists will round up the “new Bohemians,” and shoot them in the back of the head in the end.

Hungary and Czechoslovakia are now the only nations with leaders that are standing up against the tide of the invasion of Europe: the planned and purposed insertion of illegal aliens into Europe’s nations. All of this is designed to destroy the homogeneity of the populations, destroy the borders, language, culture, and religions of the nations, and enable the removal of national boundaries…thus creating gigantic, corporate “continents” for “juntas” of oligarchs and politicos to rule over.

Gefira released a piece on 1/19/18 entitled The Incredible Shrinking Population: By 2080 Italians Will Be a Minority in Their Own Nation. The article points out that mass “migration” from Asia and Africa will overwhelm and overshadow a population that already has a lowered birth rate. The article is a “representative slice” of the whole pie, as this is being duplicated in every nation in Europe except for those two previously mentioned.

The President is enforcing the laws, and the illegals in the U.S. are being deported. There is another side to the seesaw that bears mention, however, as “every rose has its thorn.” The “thorn” here being this:

The illegals being deported from the United States are not “evicted” at a rate to make a dent, and the screws are tightening down on scrutinizing individual citizens: a step away from such things as a national ID card and a permanent police state.

The evil genius of the globalists is their capability to “seesaw” the game, and as they accomplish one thing (perhaps hidden), if it appears to be “good” or in opposition to their plans? Under closer scrutiny, it shows a hidden agenda, a purpose that seems good on the surface but upon closer examination can be changed to serve nefarious intentions. Thus, it is with the fostered insertions of illegal aliens into the countries of Europe and the United States. The ironic part is that these aliens are unwitting tools whom the globalists could care less about and are just using. Once the world is under their rule, the aliens will be dealt with in the manner outlined with the “young revolutionaries” before…along with the rest of the citizens that cannot be made compliant in the global governance coming closer to fruition every day.