If You Are Still Watching Netflix, You Are Part Of The Problem 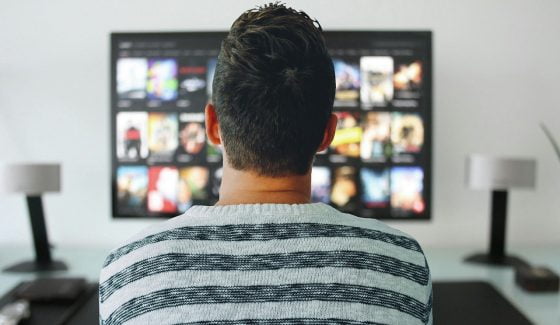 The major entertainment companies in the United States all produce a relentless deluge of filth and garbage, but Netflix is the worst of them all.  For years they have been creating vomit-inducing movies and shows that openly mock faith, family and traditional American values, but their subscriber base just kept growing and so they just kept doing it.

Over the years, the general population has become entirely desensitized to the sex, violence and foul language that is peppered throughout our “entertainment”, and that is extremely unfortunate.  But what Netflix is doing is on an entirely different level.  They have literally turned blasphemy of the Christian faith into “entertainment”, and apparently they believe that the American public is willing to accept this.  The following description of a new movie about “Jesus” that Netflix just released comes from LifeSite News…

Netflix has released a blasphemous “Christmas special” movie that depicts Jesus as a homosexual and the Virgin Mary as an adulterer, prompting more than one million people to sign a petition to have the film removed from the popular streaming service.

A Primeira Tentação de Cristo, or The First Temptation of Christ, is a production of the Porta dos Fundos comedy troupe from Brazil. In the supposed parody, Jesus is shown bringing home a homosexual lover to meet Mary and Joseph.

A petition to have this movie removed from Netflix already has more than 1.8 million signatures, and that number is growing by the hour.

But a petition is not going to cause a change of behavior at Netflix.

The only thing that is going to change their behavior is if people stop giving them their money.

This didn’t just start yesterday.  The truth is that Netflix has been producing deeply evil, stomach-churning content for years.

And if you give Netflix money every month, you are funding their operation, and that makes you part of the problem.

Netflix has another new show that is also extremely alarming.  The trailer for the show makes it seem like it is about a modern-day version of “Jesus”, but if you do a little digging you actually discover that this “Christ-like man” is actually the Islamic version of the Antichrist.  The following comes from the BBC…

The show centres on a Christ-like man who performs miracles around the world.

But the character’s name is a huge nod to Dajjal, a false prophet in Islamic theology comparable to the Antichrist.

Many Muslims and Arabic speakers guessed that the “messiah” was Dajjal and joked they would need to “grab a prayer mat” after watching the trailer.

Is that really something you want to support?

And let us not forget that Netflix gave the Obamas “a high 8-figure deal” to produce content for their service.

The only way that you can watch Netflix is if you give them money every month, and that money goes straight into producing content that is deeply corrupting young minds literally all over the planet.

If you doubt this, I would like for you to watch the trailer for Netflix’s series about Sabrina the Teenage Witch which you can find right here.  If you financially support Netflix, this is the sort of thing that your money is being used for.

Sadly, most Americans are simply not going to change their behavior no matter what happens, and Netflix will continue to laugh all the way to the bank.

Meanwhile, the politically-correct crowd sure knows how to put on pressure once their values are threatened.  Just a few days ago, the Hallmark Channel removed some ads that featured same-sex couples that had offended some conservative viewers, but the public wave of outrage over that removal from the politically-correct crowd intimidated the Hallmark Channel so greatly that they reversed their decision before the weekend was over…

The Hallmark Channel on Sunday moved to reinstate ads featuring a same-sex couple that had been removed from the cable network. The decision came after considerable backlash over the initial decision to stop airing the ads from the wedding-planning company Zola.

“The Crown Media team has been agonizing over this decision as we’ve seen the hurt it has unintentionally caused,” Hallmark CEO Mike Perry said in a statement Sunday night. “Said simply, they believe this was the wrong decision.”

When the politically-correct crowd gets upset about something, they don’t mess around.

Why can’t we be the same way?

Of course, the truth is that most Americans simply accept whatever corporate America wants to do without any fuss.  Yes, there may be a little bit of an uproar for a while, but eventually, we just keep giving them our money.  The following comes from Bloomberg…

You could easily spend an entire day shopping, eating, getting coffee and working out, only at places that have recently outraged millions of Americans.

Heck, some of them might even have angered you at some point, but you probably kept going anyway, because that is also what Americans do: We post angry stuff online, maybe with a video of us burning our sneakers or something, and then … we go on about our business.

I have not had a Netflix subscription for many, many years, so, unfortunately, I don’t have one that I can cancel.

But if you do, then I am urging you to make the right choice.

My two-and-a-half-year-old would be devastated if we cut Disney+ from our home viewing experience. Hulu and HBO Max have a few shows my wife and I watch and nice catalogs to fall back on when we’re doing the modern equivalent of flipping channels. And I would cut YouTube TV, but then how would I watch the few sporting events I want to catch every week?

When I suggested cutting Netflix, there wasn’t much resistance from anyone. Let’s do it. And that may be Netflix’s problem in a world where everyone is launching a streaming service. Despite spending billions of dollars on content, there’s nothing specific keeping customers loyal to Netflix.

There is no place in our society for an “entertainment” company like Netflix.

They are on the cutting edge of what is wrong in our society today, and nobody should give them one more dime.