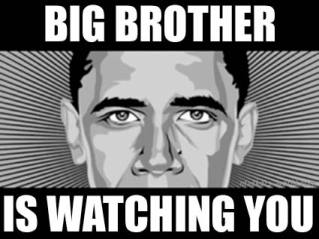 Editor’s Note: Back in 2009 the Wall Street Journal noted that every single one of us commits at least three felonies a day. Most of us have no clue that we’ve broken the law because there exist literally tens of thousands of vague statutes on the books of states and the federal government. For now, we have avoided prosecution for these criminal actions. But with the revelation that the NSA and other intelligence agencies are monitoring our activities on every possible level, it’s only a matter of time before artificially intelligent algorithms began dishing out automated arrest warrants. This is a warning to those who think they “have nothing to fear because they have nothing to hide.” Doug Newman of Food for the Thinkers highlights why you should be very afraid of your government, as evidenced by the unjust allegations, prosecutions and convictions of the thirty people below. In the eyes of law enforcement and prosecutors, you are presumed a criminal. Don’t forget that. They’re looking for any way they can to increase their conviction rates and revenue, justice be damned. And they couldn’t care less if that means you being stripped from your family on trumped up charges and sentenced to years in prison.

Prepare to be outraged by the injustices you are about to read. As Doug notes in his most recent article, you have plenty to fear.

Last summer, I was at dinner during a sales convention. The conversation didn’t get political until someone mentioned the NSA.

There is one in every crowd. Someone piped up and said, “They can spy on me all they want. I am not doing anything wrong.”

They sang this song in Germany in 1933. And they sang it with unprecedented gusto in the months following 9/11, all in the name of  “security” and “keeping us safe”.

We were at the MGM Grand in Las Vegas, the world’s second largest hotel. Nothing in the post-9/11 “national security” apparatus would prevent a terrorist from walking in, setting off a bomb, and killing hundreds or even thousands of people.

This is not purely an academic matter. The practical implications are profound.

I give you several examples.

1. Niakea Williams went to her son’s St. Louis-area elementary school one day to pick up her son, who has Asperger’s. The school was put on lockdown and Mrs. Williams was escorted out in handcuffs.

2. Adrionna Harris was almost expelled from her middle school in Virginia Beach after taking a razor blade away from a fellow student who was trying to harm himself.

3. Read what Houston police did to this man who gave 75 cents to a homeless person.

4. A little known Denver parking ordinance can get you a $25 fine even if you haven’t exceeded the two-hour limit.

5. Police in Iowa City, Iowa, seized $50,000 from this couple without charging them with a crime.

6. Alberto Willmore lost his teaching job in Manhattan over a totally bogus marijuana arrest. Even though he was never convicted of anything, he was unable to get his job back.

7. Norman Gurley was arrested in Lorain County, Ohio, because a compartment in his car could have been used to transport drugs.

8. Los Angeles County sheriff’s deputies shot and killed 80-year-old Eugene Mallory in his own bed during a meth raid. No meth, or any other illegal drugs, was discovered.

9. Paul Valin contacted police to report that he found a backpack full of what he believed to be meth-making equipment 15 miles from his home near Des Moines. As a result, the DEA placed his house on its list of meth labs.

10. Ryan Holle of Pensacola, Florida, lent his roommate his car on night in 2004. As a result, Holle is currently serving a life sentence without possibility of parole for pre-meditated murder.

11. New York police seized Gerald Bryan’s cash in a nighttime raid in 2012. Even though Bryan was cleared of any wrongdoing, the stolen cash was deposited in the NYPD pension fund.

12. Robert Duncan is currently serving two years in a California prison, even though the business in which he worked was legal in California.

13. Jordan Wiser spent 13 days in jail after Jefferson, Ohio, police found a pocketknife during a warrantless search of his car.

14. During a school lockdown in Clarksville, Tennessee, David Duren-Sanner gave police permission to search his car as he had “nothing to hide”. Police found a fishing knife. Duren-Sanner, who previously had never been to the principal’s office, was suspended for 10 days and then sent to an alternative school for 90 days.

15. Look what happened to these parents in Napa, California, even though the medical marijuana prescriptions they had were completely legal.

16. Eileen Ann Bower of suburban Pittsburgh had her newborn child taken from her for 75 days because of a false positive drug test.

17. Jerry Hartfield of Bay City, Texas, has spent the majority of his life in prison, even though his conviction was overturned in 1980.

18. Jason Dewing of update New York wasfound guilty of violating a law that did not exist.

19. Don Miller of Waldron, Indiana, had his home raided by FBI agents who seized hundreds of cultural artifacts from around the world. Miller was neither arrested nor charged with anything.

20. This San Diego couple was pepper-sprayed and tasered by police who had erroneously identified their vehicle after being stolen.

21. The good news is that Brian Aitken of Mount Laurel, New Jersey, had his prison sentence commuted. The bad news is that he was originally sentenced to seven years behind bars for possessing two legally purchased guns.

22. This special needs student in McDonald, Pennsylvania, was charged with felony wiretapping for recording other students who were bullying him mercilessly.

23. Abner Schoenwetter of Miami served over six years in prison for – you can’t make this stuff up – violating Honduran fisheries law.

24. Read what happened to John Filippidis of Hudson, Florida, when he was pulled over by state police while driving unarmed through Maryland.

25. In a case of mistaken identity, Lewis James of Durham, North Carolina, “was handcuffed and later jailed under a $1.425 million bond” after he had contacted the police to notify them of a dead body in the middle of the road. As someone put it on Facebook, “Don’t call the cops. Ever. Even if you find a dead body. Just don’t ever call the cops.”

26. Read what happened to Diane Avera of Meridian, Mississippi, when she went to Alabama to buy Sudafed, even though she did not know that this was illegal.

27. Andy Johnson of Uinta County, Wyoming, faces EPA fines of $75,000 per day for building a pond on land that he owns.

28. Douglas Zerby of Long Beach was shot and killed by police while watering his lawn because some idiot neighbor thought the hose nozzle was a gun.

29. Darien Roseen was arrested and had his vehicle searched by sheriff’s deputies in Payette County, Idaho, simply because his Colorado license plates led them to believe that he could have been carrying marijuana.

30. Brian Banks of Long Beach spent five years in prison and five more years as a registered sex offender as a result of a rape conviction. And then his accuser changed her story.

These are not “isolated incidents.” There are no doubt countless other examples of people who were doing nothing wrong, yet were harshly punished.

So, do you still feel you have nothing to fear?

You can email Doug Newman, visit his web site Food for the Thinkers, or follow him on Facebook.

Sourced by SHTFplan via Blacklisted News