“If The Yellowstone Super Volcano Erupted, What Would Be Left?” Massive Quake Swarm Prompts Question

The following article was originally published by Tyler Durden at ZeroHedge.com

Yellowstone volcano has been struck by 1,400 earthquakes in recent weeks, leading to fears that the supervolcano is ready to blow and wipe out life on Earth.

Seismic activity around the Yellowstone National Park in Wyoming, US, is not uncommon, but the heaviest swarm in half a decade has people very concerned.

Since June 12, The Express reports there has been over 1,400 tremors in the region, and experts state that the swarm could go on for another month. 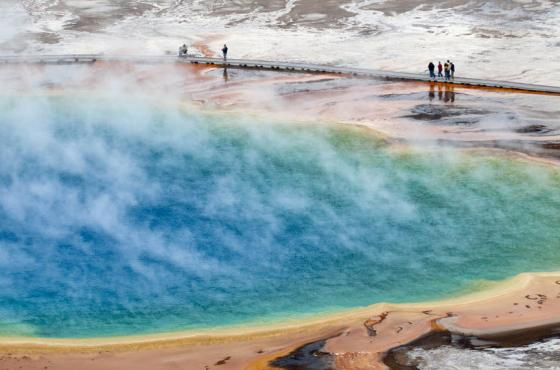 However, seismologists state that there is nothing to be concerned about yet. Jamie Farrell at the University of Utah in Salt Lake City told New Scientist:

“This is a large swarm but it is not the largest swarm we’ve recorded in Yellowstone.

“There is no indication that this swarm is related to magma moving through the shallow crust.”

Neverthelesss, following Montana’s biggest earthquake in 34 years, a 5.4 tremor in early June, which is on the same fault line as Yellowstone, and coupled with the swarm of quakes in the National Park, many are convinced that the supervolcano is now ready to blow.

So what would happen?