Ideological Blindness on the Right and Left 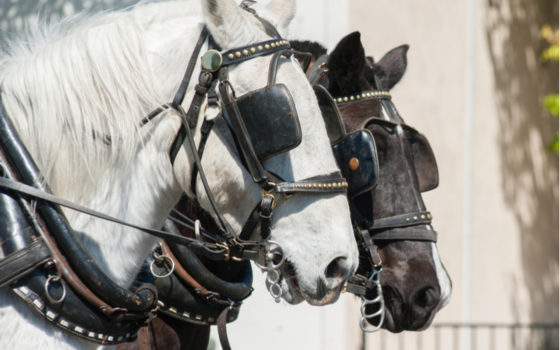 This article was originally published by Jeffrey A. Tucker at the American Institute for Economic Research

Murray Rothbard had a law: intellectuals specialize in what they are worst at.

We’ve all known them: the learned historian who knows no economics but proclaims fealty to socialism; the economist who is brilliant at math but can’t stop writing about theology; the philosopher who has subtle views about Heidegger and Derrida but mainly spends class time haranguing students about the solution to climate change.

What is true for intellectuals is doubly so for politicians. Many people on the right side of the political spectrum have solidly reasonable views on property rights, judicial restraint, and cutting domestic spending. But these days, many of these same people are obsessed with fomenting trade wars, making immigration hard, propping up foreign dictators, and stepping up the drug war. They are specializing in their worst features.

It’s the same on the left. Many of these people can be great on civil liberties, corporate welfare, and prison reform, but they spend the bulk of their energies on socializing medicine, raising the minimum wage, and pushing bad ideas like job guarantees. They too are specializing in pushing their worst ideas.

Why does Rothbard’s law pertain so often? It’s because people fall in love with their own heterodoxies and double down when their wrong ideas come under attack. Ideology begins to replace reality, and their focus gets ever more distorted. Once that ideology is lodged deeply in the mind, it takes control of all perceptions.

There is a scene in the movie Inception that explains how this works. Inception involves planting an idea in someone’s head, via an externally managed dream, in a way that misleads a person into thinking that he or she originated it. That’s when it becomes the most powerful guide to action.

“If you’re going to perform inception, you need imagination,” explains a character. “You need the simplest version of the idea — the one that will grow naturally in the subject’s mind. Subtle art.”

Once that idea has grown and mutated into a political ideology, to the point that it seems to explain events, it becomes almost impossible to dislodge. A crisis of faith becomes necessary before a shift happens. And that is not easy to achieve. The world can come crashing down around you and still the true believer will stick to their story.

We are surrounded by examples of this from both the right and left.

“I am a Tariff Man,” wrote the president in a now-famous recent tweet. The remainder of the tweet contained utterly false information about who pays. He believes foreigners are paying, when in fact a tariff acts as a domestic sales tax paid by producers and consumers.

What’s more striking is that this brazen declaration of loyalty to mercantilism comes after a year of utter failure in policy. Every prediction has turned out to be false. The trade war is not an easy win. We are stuck now with falling financials, suffering American companies, rising prices, broken trade relationships, falling exports, factory closings, rising trade deficits, and angry buyers of taxed products.

Cause and effect are notoriously difficult to trace in social science, but, at the very least, it should be obvious that the policy hasn’t worked to achieve its aims. Yet the more the evidence of failure mounts, the more the president doubles down on his mercantilist dreams.

And Rothbard’s law has kicked in. The president’s views are not all terrible. He has many of the right enemies. His 2017 efforts at tax cuts and deregulation buoyed markets. His judicial appointments have exhibited a much-welcome attention to constitutional principles. But where is his heart? What is his passion? It is all about disrupting international commerce through tariff walls and national economic planning. He talks and thinks about his trade war more than any other subject by far.

You might think that the events of the last year would shake loose one’s attachment to the protectionist ideology. You would be wrong. When the story of Trumpian economic policy is written, it will be about how great promise was shattered through fanatical attachment to mercantilist ideology, even in the face of unrelenting failure.

The same problem afflicts the left with its dogmatic attachment to the pop aspect of climate-change politics. If you read the scientific papers, you find what you would expect: a great deal of uncertainty on many aspects of theory, and certainly tremendous hedging on political implementation. Among true believers, however, there can be no dissent, even from the most implausible aspects of the idea.

Pretend you have spent the better part of 10 years at an island resort ignoring all news. You come back and pick up the New York Times. The news is terrible — or ridiculous. It’s hard to say. The editorial page says the following.

Governments are “pulling the world back from the cliff’s edge of catastrophic climate change.” That’s quite the job for governments that have yet to prove they can deliver mail better than the private sector. Now they are going to manage the global climate and stop the whole world from being delivered from a fiery hell into which industrial technology otherwise would plunge us? Indeed.

How is this marvelous and astounding achievement by government going to take place? Governments must “try to wean their citizens from fossil fuels,” which would be a monumental achievement. Currently, 82 percent of all energy use derives from fossil fuels. By “energy use,” we literally mean everything in our lives: manufacturing all our food, giving us lighting, transportation, and communication. The whole of life as we know it.

How will governments of the world manage to change this? The Times says that governments should impose “measures that could help people of modest means transition to less-polluting transportation.”

Let them ride bikes, in other words, as in Mao’s China.

The agenda as stated here is so extreme and disruptive that many people dismiss it as typical political claptrap, not a real threat to our way of life. It is certainly true that even if we knew 100 percent that the science could prove that a climate catastrophe was in store, it does not follow that climate scientists (or journalists or English professors or even economists) know the way to fix it through government — or that it is even possible.

Still, the true believers are willing to act on their theories through state power, with no plan in place to measure costs relative to benefits. The dogma has become: industrial civilization must go one way or another. The first attempts to implement the grand agenda have gone horribly wrong.

The gas tax in France resulted in the worst riots in decades. The government was shocked. The culture of the climate-change clerisy had become so internally reinforcing that it had failed even to consider that regular people do not want to be pillaged in the name of controlling global temperature patterns, even if such control were possible.

These true believers have lost connection to reason and political reality, all in the name of an ideological commitment to some of the least plausible propositions to come from the left in many decades.

Both the center and far left have fallen victim to Rothbard’s law, as much as people on the Trumpian right. The rest of us are caught between two brands of ideological fanaticism that begin in a bad idea, deploy government power to realize the goal, and end as a grave threat to liberty and property.

Jeffrey A. Tucker is Editorial Director for the American Institute for Economic Research. He is the author of many thousands of articles in the scholarly and popular press and eight books in 5 languages. He speaks widely on topics of economics, technology, social philosophy, and culture. He is available for speaking and interviews via his email.  Tw | FB | LinkedIn