“I Turned Him Into A Mexican Tonight” : Hypersensitive Snowflake Media Triggered By Conor McGregor Compliment Following Loss To Mayweather 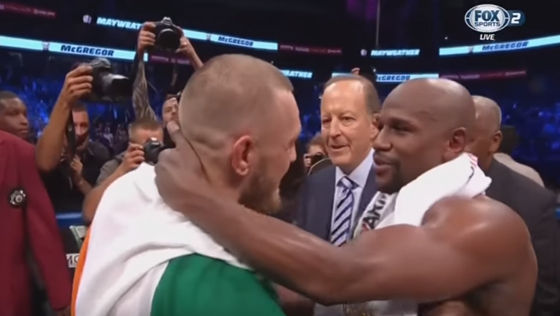 After a surprisingly brutal showdown in Las Vegas last night between Mixed Martial Arts fighter Conor McGregor and undefeated boxing champion Floyd Mayweather, McGregor was quoted as saying that he turned Floyd Mayweather “into a Mexican.”

As you might have expected, the social justice crowd immediately pounced into action across the internet.

But for those that know anything about boxing, the word “compliment” is more appropriate.

The Mexican style of boxing is one that is often overly aggressive and involves a lot of punches being thrown. Mayweather, though undefeated with a record of 50-0, has long been criticized for his defensive style and low punch volume during fights.

What McGregor actually meant, though completely misconstrued by those looking for some sort of racism to grasp onto, is that the usually reserved Mayweather was forced to fight more aggressively because the Irishmen just kept coming at him.

Wait a minute…did I hear him right??? Did he really just say “I turned him into a Mexican tonight”?! #MayweathervMcgregor pic.twitter.com/tznVZ8nQVb

Hold tf up what McGregor mean by “i turned him into a mexican tonight” ?

“I turned him into a Mexican” wtf bro @TheNotoriousMMA… For all those who say he ain’t racist, if that ain’t proof den idk

McGregor racist as shit for that comment lmao?? ” I turned him into a Mexican in this fight” lmao

HAAAAAA THAT WAS THE MOST RACIST SH*T. “I turned him into a Mexican.”

But in reality… this is actually what McGregor meant:

McGregor pays Mayweather a compliment, media fears it might be racist. What happened to my country? #media #mcgregor https://t.co/sWsguP5aey

“I turned him into a Mexican tonight,” @TheNotoriousMMA Great compliment! It means FMJr FOUGHT for & EARNED victory. Like we do every day.

“I turned him into a Mexican tonight. He fought like a Mexican.” THIS IS A COMPLIMENT IDIOTS HE MEANS OUR FIGHTERS ARE AGGRESSIVE

“I turned him into a Mexican. He fought like a Mexican tonight.” Ultimate compliment in fight game. Referencing Mexican fighters toughness.

“I turned him into a Mexican ” – Conor. Us Mexicans take that as a compliment.