“I Spoke To Trump About The Wiretap Story, I Haven’t Seen Him This Pissed Off In A Long Time” Says Newsmax CEO 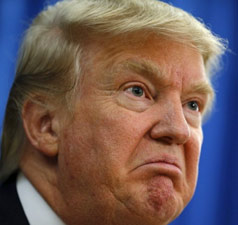 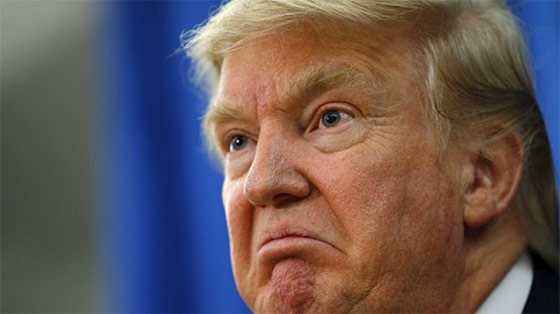 While the Sunday talk shows have been largely focused on debunking Trump’s allegations that Obama hacked the Trump Tower, a somewhat different perspective into Trump’s current state of mind comes from Newsmax CEO Christopher Ruddy, a close friend of the President, who in an article this morning shares that having spoken to Trump about the wiretapping story, he hasn’t “seen Trump so pissed off in a long time.” Below are some of the highlights from Ruddy’s article posted earlier today:

When I woke up Sunday, I thought the morning news shows would all be talking about the unusual, perhaps dangerous, decision of the Obama administration to wiretap the offices of then-presidential candidate Donald Trump. I’ve been watching Chuck Todd’s “Meet the Press” as I write this. There is actually little talk about this unprecedented wire-tapping and even less worry over it. New York Times columnist Thomas Friedman, usually thoughtful, just told Chuck Todd he found it is “shocking” that Trump disclosed the wiretapping claim on Twitter.

But Friedman offered no shock that such a wiretap might have taken place!

I spoke with the President twice yesterday about the wiretap story. I haven’t seen him this pissed off in a long time. When I mentioned Obama “denials” about the wiretaps, he shot back: “This will be investigated, it will all come out. I will be proven right.”

Ruddy then focuses on the semantic denial by Obama that he had not ordered such a wiretap:

Today on the “Meet the Press” James Clapper, Obama’s Director of National Intelligence, denied any agency that operated under him, including the FBI, ever wiretapped the Trump offices. “To my knowledge,” he added. [Wasn’t Clapper the same man who testified under oath that the NSA never collected phone data on millions of Americans — a fact proven untrue by the Snowden revelations?]

But the most important Clapper revelation from “Meet the Press” was this: He emphatically told Todd the Obama intelligence agencies found “no evidence” of collusion between Trump’s campaign and the Russians. Nothing. Nada. If that is true, and Trump is right he was indeed wiretapped, it will only fuel his argument that Obama administration officials improperly eavesdropped on his offices.

In lieu of a follow-up from Trump as this story progresses, here is what Ruddy thinks are the relevant things to consider in the near future:

As for the markets, the rising concern is that as Trump continues to get weighed down by such domestic policy “smokescreens” as Ruddy calls it, the reality is that the president’s economic plans, be it the repeal of Obamacare or his tax policy, are becoming increasingly unlikely to be implemented in the near, and not so near future, and sooner or later the market will have no choice but to notice.