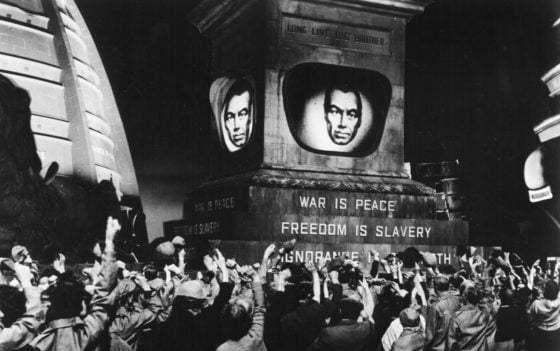 This article was originally published by Matt Hampton at The Foundation for Economic Education. 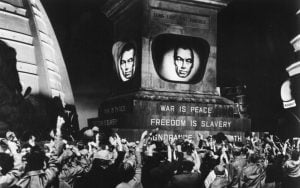 When centralized authorities are responsible for sorting truth from lies, it creates a situation prone to abuse.

The Department of Homeland Security’s creation of a Disinformation Governance Board last week has a lot of people drawing comparisons to George Orwell’s Nineteen Eighty-Four.

The board does not have any operational authority or capability. What it will do is gather together best practices in addressing the threat of disinformation from foreign state adversaries, from the cartels, and disseminate those best practices to the operators that have been executing in addressing this threat for years.

If anyone can translate that from bureaucrat-speak to explain what specifically DHS does to “[address] the threat of disinformation,” I would appreciate it. Almost all of the initial reporting on the DGB lacked any specifics of what concrete powers the group will exercise to “counter,” “combat,” and “crackdown on” so-called disinformation.

Given how the government has expanded and abused its powers, especially for “national security,” it should make everyone concerned when bureaucrats are given the job of dictating what’s true and stifling information they label false.

For the sake of argument, let’s assume Mayorkas is telling the truth, that the DGB will not censor information it labels false. The problem is that it doesn’t matter. It could still be used to stifle free speech even if it doesn’t violate the First Amendment.

The government has several ways to control behavior other than officially and directly mandating or prohibiting it.

One example is funding that has strings attached. This is the subject of the book Purchasing Submission: Conditions, Power, and Freedom by Columbia University law professor Philip Hamburger. Though conditional funding is often legitimate, Hamburger explains how the federal government uses it as a loophole to go beyond its legal powers.

​​​​​​It works by using a carrot instead of a stick. The federal government offers money to a state or private entity on the condition that it does X ​​​​​— something that the federal government couldn’t legally do itself ​​​​​— or it threatens to remove existing funding unless this condition is met. Then, when the organization does X, the government got what it wanted without technically violating the Constitution.

Hamburger raises a particular alarm about “the growing use of conditions to control third parties.” Sometimes this occurs with conditional grants to states, which may induce state or local governments to adopt measures the federal government could never constitutionally impose itself. Unlike the federal government, states are not constrained by limited and enumerated powers, so there is ample incentive to encourage state enlistment in federal causes, such as land-use controls, aimed at reducing greenhouse gases, that might not pass muster if adopted as federal regulation of interstate commerce.

The government also uses this power to induce private institutions to require people under their control to do things “that no level of government could impose directly,” Adler explains. For example, this is how the government gets universities to enforce Title IX sexual assault hearings that lack due process, and how the Joe Biden administration extends its vaccine mandate to healthcare providers that accept Medicare and Medicaid reimbursements.

The government can also use the implied threat of regulations to influence private actors. This is what happened in the case of restrictions on comic books in 1954, the film rating system in 1968, and “explicit content” labels on music albums in 1985. Also, during the COVID Pandemic, the U.S. surgeon general urged social media companies to “stop online spread of health misinformation.”

It’s not hard to see how the government could use both of these influences to silence what it determines to be “disinformation” — especially when it has admitted to coordinating with social media companies to do so.

The threat of regulation is present, with politicians slamming big tech from both sides. We can only speculate what specific ways the government might use financial or other leverage, but when the state is connected to almost every area of society, opportunities are plenty, whether through schools or financial institutions or some other industry.

When centralized authorities, instead of individuals, are responsible for sorting truth from lies, this creates a situation prone to abuse. In the words of political scientist Yascha Mounk: “The real reason for free speech is not that all opinions have value or are worth airing. It’s that there is no individual or institution whom I trust to make the decision as to which opinions are worthless on my behalf. And nor should you.”

It's like we're living through an Ayn Rand/George Orwell novel mash-up.

Editor’s note: This is a version of an article published in the Out of Frame Weekly, an email newsletter about the intersection of art, culture, and ideas. Sign up here to get it in your inbox every Friday.]