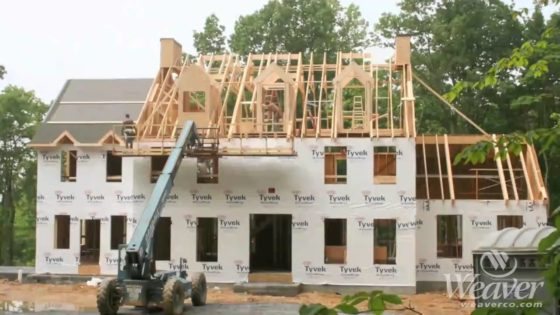 The signs of a weakening and crash-worthy economy are all around, such as a lack of confidence in the housing market. Demands for new homes have stalled this month, which has caused new homebuilder confidence to plummet.

Rising interest rates and the continuous rate of home price growth is hurting new homebuilders’ confidence in the housing market. Not only are homebuilders losing faith, but others are concerned about the affordability of homes now. According to CNBC, sentiment among homebuilders dropped 8 points in November to 60 in the National Association of Home Builders (NAHB)/Wells Fargo Housing Market Index. That is the lowest reading since August 2016, but anything above 50 is still considered positive. The index stood at 69 in November of last year and hit a cyclical high of 74 last December.

“Builders report that they continue to see signs of consumer demand for new homes but that customers are taking a pause due to concerns over rising interest rates and home prices,” said NAHB Chairman Randy Noel, a builder from LaPlace, Louisiana.

CNBC further reported that some of the United State’s largest publicly traded homebuilders, like Lennar and KB Homes, lowered their expectations for sales in 2019 in recent earnings releases. There is still a shortage of homes for sale, but newly built homes come at a price premium, and as interest rates rise, new home buyers are consequently hit hardest.

The average interest rate on a mortgage is now more than one full point higher than it was a year ago. And the Federal Reserve has tentatively scheduled four interest rate hikes for 2019, which has many wondering just how hard the central bank is willing to hit a deeply indebted nation.

Of the housing market index’s three components, current sales conditions fell 7 points to 67, sales expectations in the next six months dropped 10 points to 65, and buyer traffic registered an 8-point drop to 45. Buyer traffic had broken out of negative territory earlier this year but now appears to be back in it solidly, reported CNBC.

“For the past several years, shortages of labor and lots along with rising regulatory costs have led to a slow recovery in single-family construction,” said the NAHB’s chief economist, Robert Dietz. “While home price growth accommodated increasing construction costs during this period, rising mortgage interest rates in recent months coupled with the cumulative run-up in pricing has caused housing demand to stall.”

This is just one more sign that the nation’s economy is weakening. Consider preparing yourself as best as you can now for the inevitable economic crash.  It may not come this year or next year, but it will happen at some point.  The system we are living under is unsustainable and you don’t want to be crushed when it all comes crashing down.