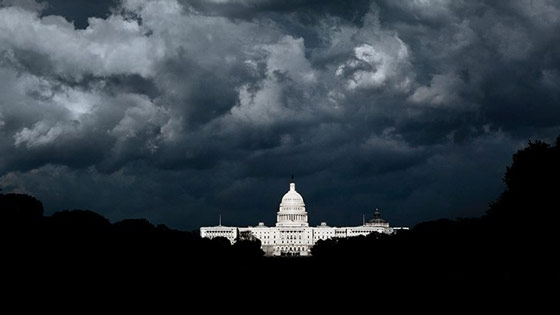 The four-page document, circulated to the full House yesterday, is said to detail egregious abuses of surveillance by the FBI, DOJ and Obama administration against the Trump campaign during and after the 2016 US presidential election.

The facts contained in the Republican majority-authored report is said to be “jaw-dropping and demand full transparency,” according to Rep. Matt Gaetz (R-FL), while the top ranking Democrat on the House Intel Committee, Adam Schiff (D-CA) dismissed the memo as “profoundly misleading” talking points drafted by Republican staffers.

“Rife with factual inaccuracies and referencing highly classified materials that most Republican Intelligence Committee members were forced to acknowledge they had never read, this is meant only to give Republican House members a distorted view of the FBI,” said Schiff, adding “This may help carry White House water, but it is a deep disservice to our law enforcement professionals.”

The effort to integrate the Memo’s public release with the stopgap government shutdown bill is being led by Freedom Caucus Chairman Mark Meadows of North Carolina along with caucus co-founder Jim Jordan of Ohio.

Jordan confirmed that some conservatives had “highlighted” in continuing resolution talks that it was “extremely important” that the memo go public. He said it was not something they were requiring of the Republican leadership in return for votes. “But it was something we definitely talked about — that needs to happen,” Jordan added.

Meadows earlier referred to “subplots” of promises the Freedom Caucus was able to extract from the leadership before he agreed to support the continuing resolution.

“Mr Meadows and Mr. Jordan and many conservatives want to include in this negotiation a requirement that the House make public intelligence documents that highlight the unfair treatment of the president” by the FBI and the Justice Department, Gaetz said. –Bloomberg

“Part of me wishes that I didn’t read it, because I don’t want to believe that those kinds of things could be happening in this country that I call home and love so much,” said Meadows.

Several other GOP Congressmembers have weighed in as well. “I have read the memo,” tweeted Rep. Steve King (R-IA), adding “The sickening reality has set in. I no longer hold out hope there is an innocent explanation for the information the public has seen. I have long said it is worse than Watergate. It was #neverTrump & #alwaysHillary. #releasethememo.”

Calls for the memo’s release have dominated social media since its existence was made known, with many suggesting it be leaked in similar fashion to Dianne Feinstein’s publication of transcripts of a closed-door testimony before the Senate Judiciary Committee by opposition research firm Fusion GPS co-founder Glenn Simpson.

.@SenFeinstein is it possible for you to get a bladder infection long enough to leak ? the FISA Memo?
America is asking. #ReleaseTheMemo #MAGA pic.twitter.com/uKwSmvkKSV

So leak the memo. What's all this nonsense. Leak it.

Dear conservatives: you cannot fall for this fraud they're perpetrating on you. They want you to focus on a memo that *only they* (Trump & GOP leaders) have the power to let you see. The only reason you can't see it is because they're concealing it. You must realize this, right? https://t.co/QQU16vcfZp