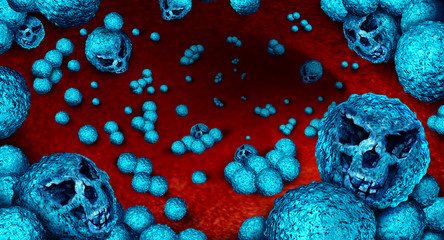 A superbug, first discovered in a hospital, is evolving to thrive on the sugar-rich diets common in the United States. Clostridioides difficile (C. difficile) is a bacterium that can cause a nasty spell of diarrhea and colitis for those unlucky enough to be infected by the superbug.

According to IFLScience, researchers analyzing the genomes of various strains in Nature Genetics have discovered it is a millennia-long process of evolution that will see it separate into two different species. One of those species is particularly adept at evading hospital disinfectants and thrives on a sugar-rich Western diet.

“This largest ever collection and analysis of C. difficile whole genomes, from 33 countries worldwide, gives us a whole new understanding of bacterial evolution,” author Brendan Wren, a professor at the London School of Hygiene and Medicine, said in a statement.  “It reveals the importance of genomic surveillance of bacteria. Ultimately, this could help understand how other dangerous pathogens evolve by adapting to changes in human lifestyles and healthcare regimes which could then inform healthcare policies.”

In a healthy person, “good” gut bacteria will fend off the bad superbug while antibiotics extinguish the “good” gut bacteria, leaving the patient vulnerable to infection. Because of this, the bug is frequently found in hospital settings.  C. difficile clade A) accounts for roughly 70 percent of the samples collected from hospital patients.

Noticing that it showed differences in genes associated with the metabolization of simple sugars, they monitored its effects in mice. Those given a sugar-rich diet appeared to provide a better host for the bacteria – it seemed to flourish in guts exposed to a high-sugar Western diet.

The team was able to calculate when this species of the C. difficile bacterium first appeared using dating analysis, pinpointing its origin to a time approximately 76,000 years ago. Yet, it was towards the end of the 16th century that things really began to take off, with the number of different strains of C. difficile clade A starting to increase. –IFLScience

According to the study’s authors, this is the largest genomic study of C. difficile and shows that it is evolving in response to human behavior.  “This particular bacteria was primed to take advantage of modern healthcare practices and human diets before hospitals even existed,”  explained joint first author Nitin Kumar from the Wellcome Sanger Institute.

“Our study provides genome and laboratory-based evidence that human lifestyles can drive bacteria to form new species so they can spread more effectively,” said senior author Trevor Lawley from the Wellcome Sanger Institute.

This means focusing on one’s diet an improving the quality of food eaten could help stave off dangerous and potentially deadly superbugs like C. difficile.