HOSED DOWN: America’s Back – I DON’T BUY IT!

Fiat currencies are a STRANGE INVENTION. Sometimes, they fail miserably. At other times, they fail slowly, but NEVER have they been able to STAY ALIVE for long. Even the British Pound, the oldest fiat currency of them all, doesn’t have MUCH GOING FOR IT.

Fiat currencies are INHERENTLY diminishing in value since the money supply will ALWAYS INCREASE. The world is getting richer, so even if we were under a gold standard, the currency supply would enlarge constantly.

The BIG DIFFERENCE would be that it would have grown in accordance with debt and productivity levels. Politicians couldn’t JUST CREATE new units on a whim, nor could central bankers LEND currency to the entire RUSSELL 2000 index.

Simply put, when a central bank creates MORE CURRENCY than is needed for an economy, which it ERRONEOUSLY DOES, the excess currency floats to the rich and to assets, which inflate in price.

It’s easy to DETECT this flow of currency and it is what fuels our public debt. 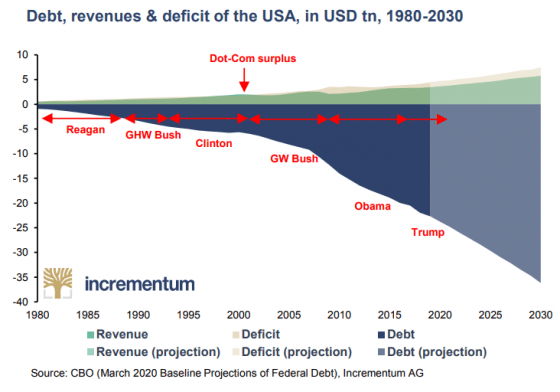 The public learns TO DEPEND on this ballooning deficit (as shown above), instead of on itself for solutions. They don’t develop skills, but they develop dependence, which is just what politicians want – TRAPPED VOTERS.

Finally, what happens is that there’s STRESS between those who can’t figure out how the game of life works and those who have got the knowledge and the strategies.

Debt is a disaster, and if you think that just because there’s LOW INFLATION that debt doesn’t come with a price tag, YOU’RE WRONG.

Debt allows bad actors to get rich at your expense. It allows deep state to operate and PERPETUATES POVERTY. 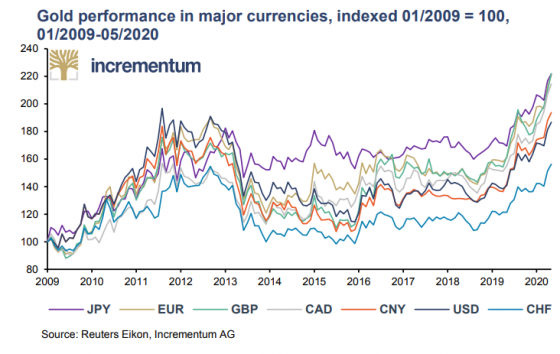 This is the reason that in EVERY COUNTRY, the best option is to STORE WEALTH in gold, as you can see above!

I believe in American enterprise and I believe in this country and its people, but I’m NOT NAÏVE. Most have LITTLE TO NO financial education and can’t understand basic economic terms.

I don’t see this changing anytime soon and though it saddens me, I know the part I have to play in this and that is to publish this letter and inspire anyone that listens that the door to wealth is open, but it’s NOT EASY.

Through this platform, my objective is to allow everyone to COME INTO the world of finance.

Think about the fact that if every American adult would go out and buy 6 ounces of silver (worth around $100 today), more than one billion ounces of silver would be needed. This would bring forth the national debt debate TO THE FRONT AND CENTER and would FORCE AUTHORITIES to figure out new ways to conduct themselves. 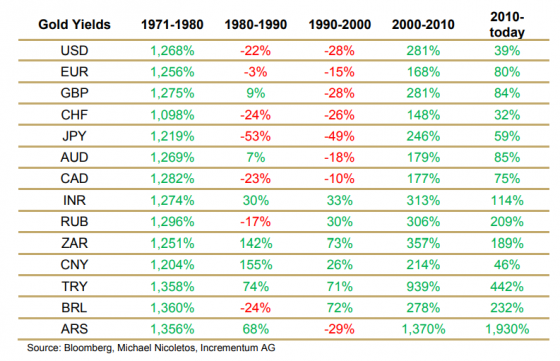 It is DEEPLY DISTURBING that they don’t show this chart in schools and mainstream media outlets. EVERYONE should know that they’re saving wealth in a ticking TIME BOMB unless they own precious metals.

America’s future will be great, but the problem is that it’s not inclusive; the GDP grows, but so do the polarities between classes. The rich are FINDING OUT that unless they learn profitable ways TO ELEVATE others out of poverty, by inspiring them to get trained in new skills, and unless the government LEAVES STUDENT TUITION alone so that its price can fall by 90% and be realistic, the income gap will continue to WIDEN and they’ll be scrutinized much more and won’t be cherished for creating jobs, but vilified for exploiting workers.

America’s back, but its problems remain BLATANTLY VISIBLE.