Last week’s market action has left a DEEP SCAR in the psyche of tens of millions of professional investors, retail traders, and retirees. There was so much LIQUIDATION GOING ON that the Federal Reserve had to deal with an ACUTE dollar shortage, which had been preceded by USD excess.

President Trump was attempting to mix his own BIAS towards the coronavirus with his role as Commander In Chief, and markets were having none of it. Every time he tweeted or attempted to reassure with words bears just hit the bid, selling stocks, bonds, gold, and BITCOIN.

Ray Dalio must have been feeling so half-witted after saying that “cash is trash” just DAYS before the entire world rushed to fiat currency.

We’ve never seen such a PANICKED rush to cash. It’s causing a major demand CRUNCH, and the Federal Reserve has been INJECTING a stupid amount of currency into the system to maintain smoothness throughout this UNPRECEDENTED madness.

Last week saw the biggest investment-grade, high-yield, and emerging market outflow ever at over $34 billion. Investors SOLD sovereign bonds to the tune of almost $14 billion, the biggest-ever sell-off in a week.

On the other side of this, the move to cash was the largest ever seen anywhere, with close to $140 billion IN TOTAL.

When we see the type of hemorrhaging in stocks that occurred in the week that just ended, the important historical context is to REMEMBER that when all stocks DUMP IN LIKE FASHION, it marks the end of large SHAKEOUTS. 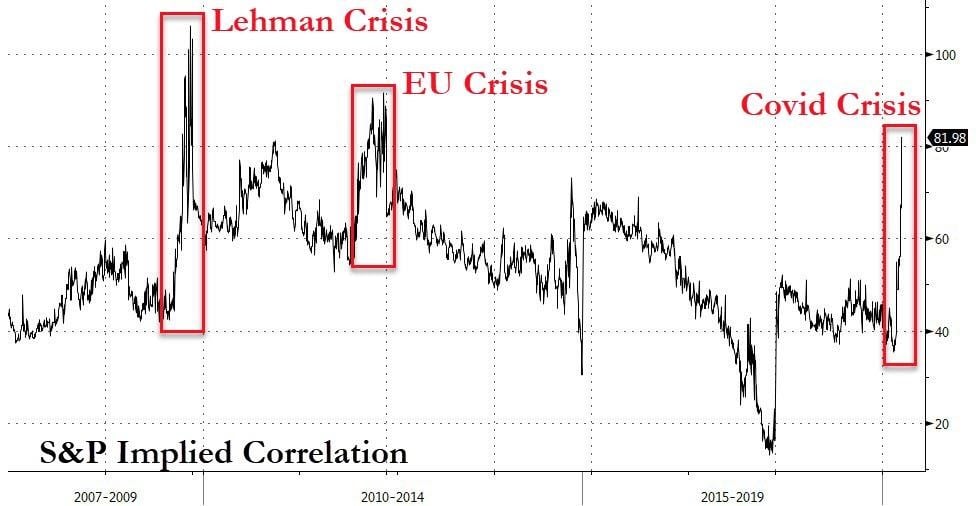 After the Lehman Brothers, it still took five months for markets to finally hit bottom, BUT that’s also because more and more companies TOPPLED OVER. In our present predicament, much will depend on the ability of the U.S. to keep the number of infected individuals down and the number of DECEASED to a minimum, so that this NIGHTMARE will soon end.

In Europe, my analysis is that the underlying economy is so FUNDAMENTALLY weak that coronavirus or not, that continent is going into A TAILSPIN.

Europe’s weakness is, in turn, America’s chance at growing even more dominant.

This is why I anticipate HISTORIC fiscal stimuli to come from Germany IMMINENTLY. 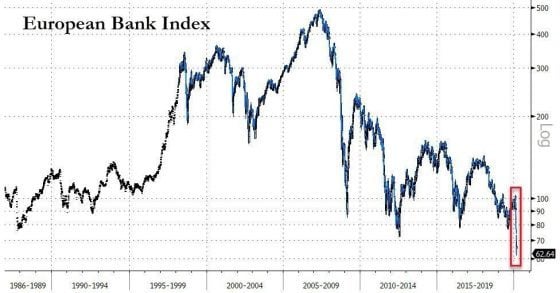 The European banks are the cheapest they’ve ever been, and for good reason: their economies SUCK right now.

This past week felt similar to packing two decades into five days. The VIX reached such elevated levels that it NEARLY rose above the 2008 peak!

This upcoming week will see the FEDERAL RESERVE lowering rates by either 75bps or a full 100bps!

So despite this being the biggest weekly gain for the dollar since October 2008 and a HORRIFIC week for gold and silver, this might have been the final puke for a long while.

Most importantly, though, the S&P 500 and Dow Jones are both in a formal BEAR MARKET. That’s it; the longest-ever bull market is in the REARVIEW MIRROR.

This is a CRITICAL juncture since it puts gold stocks in a great position. Throughout this COVID-19 period, they’ve outperformed the general indices and are as COMPARATIVELY CHEAP to the spot price as they were in 2008.

This past week also caused the gold/silver ratio to break the 29-year RECORD-HIGH!

I want you to see what happened the last time this occurred: 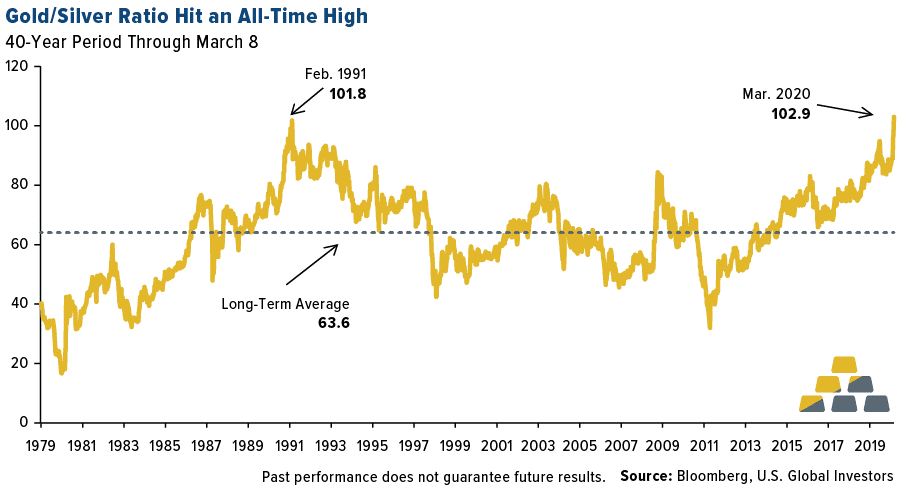 If this deflationary sell-off is anything like 2008 (and it seems to be), silver could start OUTPERFORMING all other asset classes soon.

Trump’s team has now been successful at reassuring markets, and in the last 45 minutes of Friday’s session, the indices WENT PARABOLIC.

Let’s see what happens when Jerome Powell speaks later in the week; anything less than what markets want could cost him his job!