Homeschooling Numbers Are Skyrocketing in Some Parts of the Country 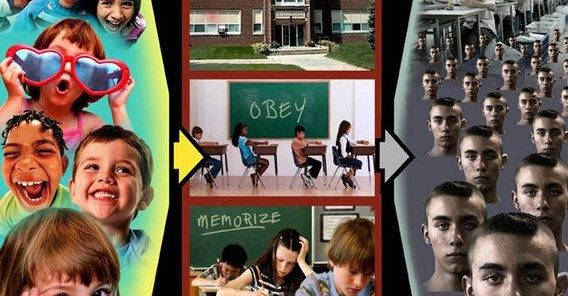 This article was originally published by Kerry McDonald at The Foundation for Economic Education.

2020 was a record-breaking year for homeschooling rates, but 2021 is doing even better.

The numbers are startling. More parents are pulling their children out of school for homeschooling this fall, prompted in large part by school mask policies and ongoing virus concerns.

The homeschooling rate in the US doubled in 2020, and tripled from its pre-pandemic level, as parents sought other options when confronted with prolonged school closures.

But I think most of us thought that this fall would be different. With schools set to reopen for full-time, in-person learning, it was reasonable to expect homeschooling numbers to drop slightly—even if mask mandates and related policies might keep them more elevated than they otherwise would have been.

Well, that doesn’t seem to be the case. Homeschooling numbers in some parts of the country are through the roof. In Texas, for example, where the homeschooling rate tripled last year, interest in homeschooling this year is higher than ever before. According to the Texas Home School Coalition (THSC), the 4,699 calls and emails they received during the week of August 9th alone was five times the volume they received in record-setting weeks in 2020. Overall, their correspondence levels this year have far exceeded their highest 2020 numbers.

“2020 set records for the number of families interested in homeschooling. 2021 is now crushing those records,” THSC President Tim Lambert said in a recent statement. “We are literally inundated with calls and emails from thousands upon thousands of families asking how they can begin homeschooling this fall. Families know that in homeschooling they can find a form of education that is flexible and stable at the same time and it comes with a community of families who are ready to help.”

A similar pattern is emerging in Virginia. Homeschooling grew by 48 percent in that state last year and this year looks to be exceeding that increase.

Yvonne Bunn of the Home Educators Association of Virginia told her local CBS affiliate WTVR last week that she expects homeschooling numbers this year to surpass last year’s record highs. Some of this, Bunn speculates, is due to network effects. As more families choose the homeschooling option, it becomes a more widespread practice with additional resources and community support. This, in turn, prompts other families to seriously consider homeschooling.

According to the article: “The COVID crisis forced many American families to keep children at home for school during much of the past year. That was especially true for Black Americans, who saw the most dramatic rise in a home-based learning experience of any racial group, according to the U.S. Census Bureau. But even as many kids are returning to brick-and-mortar classrooms, a growing number of Black families have decided to continue teaching their kids at home.”

The Census Bureau data indicates that over 11 percent of US school-age children are currently homeschooling. The question now is not how much that figure will fall in 2021, but how high could it go?