“Hold Gold”: Why This Country Wants Its People to Buy Gold 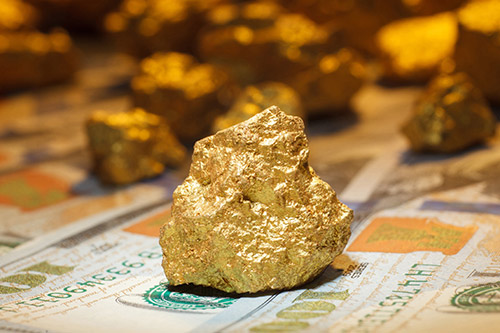 Editor’s Comment: Important things are happening on the global stage with regard to the money system. It is a long game, and will take many years to fully play out. But one of those important developments involves the feverish return to gold holdings in both China and Russia, and many individuals in these societies, in India and other burgeoning world powers are also investing in gold.

The reason? There is a power play in the works, and there is every possibility that the central banks around the world could drive the fiat currencies into the ground. The U.S. petrodollar could well lose its global reserve status – indeed, there may be nothing to stop it. As that happens, people around the world are looking to stability, privacy and security in their monetary assets. This is even true in less developed, and little talked about places like Kyrgyzstan, mentioned in this article, were antiquated stores of wealth, like cattle, are still king. But with capricious times ahead, and neighboring Asian powers like China grounding themselves, the government is urging its people to get ready.

The central bank of Kyrgyzstan is encouraging its six million citizens to each own at least 3.5 oz (100 grams) of physical gold. The precious metal is the nation’s leading export but, surprisingly, the people there invest most of their money in cattle. The country’s location on China’s border seems to be playing a significant role in its choice to shift away from their traditional form of investment. A growing trend across Asia has been an increasing demand for physical metals by private and institutional investors. The Chinese and Russian governments are leading the world in their efforts to stockpile gold, and in turn, they have been fueling speculation about its importance in the future of international finance.

Countries like India have seen internal turmoil as their traditions of owning precious metals confront the government’s new war on cash. The Indian people are the world’s largest buyers of gold, and the measures taken to eliminate cash transactions have only emboldened black markets to meet demand. As authorities crack down on paper money, gold remains one of the last physical and untraceable assets available. The current uncertainty in the banking system has increased demand for more direct control over one’s savings.

The key to any prosperous economic system is stable money, and without a reliable currency, the public’s confidence can easily be broken. As the world reserve currency, faith in the U.S. dollar must be contemplated on a global scale. Despite what appears to be a recovered economy, the United States is resting on an eroded foundation that only deteriorates more by the day. The government’s response to the 2008 crisis has significantly undermined international support for the U.S. dollar. By printing trillions of dollars through quantitative easing and by keeping interest rates artificially low for nearly a decade, the Federal Reserve has destroyed its own credibility.

Since WWII, the United States has lived in a bubble, benefiting as gold holdings from around the world were stored in the Federal Reserve system. This vast wealth provided America the leverage it needed to influence the world stage for over half a century, but that age seems to be coming to an end. Germany has already repatriated a large portion of their gold holdings from American central banks, and several other countries are expressing the desire to do the same. As the U.S. has declined from the world’s leading creditor to history’s greatest debtor, the pendulum of power is swinging back towards those who have secured tangible wealth. Countries that position themselves correctly can protect their standard of living and purchasing power, while those who trust in central planning will see their quality of life slowly diminish.

The general perception of gold has changed radically over the 20th century, and a lot can be learned by listening to the voices of the past. Former Federal Reserve chairman Alan Greenspan was one of the most influential men in finance for decades. He said the following back in 1966:

Under a gold standard, the amount of credit that an economy can support is determined by the economy’s tangible assets, since every credit instrument is ultimately a claim on some tangible asset.…The abandonment of the gold standard made it possible for the welfare statists to use the banking system as a means to an unlimited expansion of credit.

The societies that recognize the danger of abandoning gold as a benchmark for currencies have typically witnessed firsthand the devastating toll that fiat money and inflation can have on the general public. The historic collapses of empires and monetary systems have firmly embedded the understanding of precious metals as insurance into these populations. Although the governments of these nations may be corrupt and immoral in their own right, at least they’re encouraging their citizens to start protecting themselves. Collateral damage to wealth during times of currency devaluations, tariffs, and trade wars is inevitable, but those who remain ignorant of the underlying causes are doomed to bear the full burden of the fallout.

Hopefully, more nations will follow Kyrgyzstan in giving their citizens the information they need to make better decisions. Unfortunately, the West is likely to keep encouraging people to pour money into in the stock market, government bonds, mortgages, and auto loans. A hard lesson will be learned when the results of this grand central banking experiment come to pass. Individuals and governments who are proactive and go against the tide now will reap the benefits down the line. Short-term thinking won’t work in this new financial paradigm, and growing wealth under these conditions could become extremely difficult.