His Plan Was Never Good: “Obama…Can’t Tell the Difference Between Showbiz and Strategy” 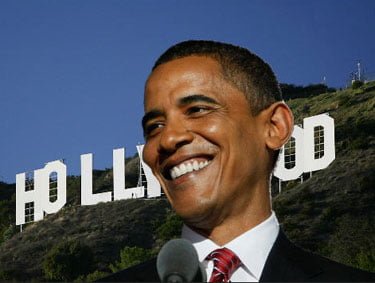 The President, as expected, has back-peddled on his threats to attack Syria. After immense pressure from thousands of calls by concerned Americans to their Congressional representatives, threats of retaliation from Russia, and a total lack of credible evidence having been presented for the case to go to war in another middle eastern country, President Obama buckled.

For now, the world has been spared another conflagration and one that could have spread very quickly and involved the globe’s most power nations in conflict.

Once the American people realized that the pretext for war in Syria was eerily similar to that of the weapons of mass destruction claims which led to a decade’s long war in Iraq, Obama was left without any real support on the domestic front or the international community.

His policy in the middle east has been a laughing stock, and it has left the world wondering if the President of the United States has any clue as to what’s really going on around him.

His plan was never good.

The choices were never good. In any case he was going to lose either in terms of domestic prestige, the foreign result or both. Likely both.

He got himself into it and now Vladimir Putin, who opposes U.S. policy in Syria and repeatedly opposed a strike, is getting him out. This would be coldly satisfying for Putin and no doubt personally galling for Obama—another reason he can’t look as if he’s lunging.

A serious foreign-policy intellectual said recently that Putin’s problem is that he’s a Russian leader in search of a Nixon, a U.S. president he can really negotiate with, a stone player who can talk grand strategy and the needs of his nation, someone with whom he can thrash it through and work it out.

Instead he has Obama, a self-besotted charismatic who can’t tell the difference between showbiz and strategy, and who enjoys unburdening himself of moral insights to his peers.

This may well be one of the most embarrassing foreign policy gaffes in American Presidential history.

Moreover, it almost threw the entire planet into a World War.

And why? Because as Obama noted in his speech this evening, “we know the Assad regime was responsible.”

“That’s my judgment as Commander-in-Chief,” he said, even though the U.S. government presented no irrefutable evidence that proved Assad had anything to do with it. However,  hundreds of pages and videos of Syrian rebels being responsible for the attack surfaced over the last couple of weeks, including an extensive report directly sanctioned by Russia’s Vladimir Putin.

It’s not over yet, however, and we may well see this situation come to a head in the future. Iran is still in the process of manufacturing nuclear weapons and that bridge will be crossed soon enough.

We’ll refrain from quoting any more of the President’s speech (which can be read here in its entirety), because, as most of our readers know, he is full of it.

The late George Carlin broke it down succinctly.

I have certain rules I live by.

My first rule – I don’t believe anything the government tells me.

The media and the press… are nothing more than unpaid employees of the Department of Defense, and who most of the time function as kind of an unofficial public relations agency for the United States government.

(*Explicit Language – But Necessary to Get the Point Across*)

The worst thing about all this is that President Obama probably thinks he saved the world and deserves another Nobel Peace Prize.