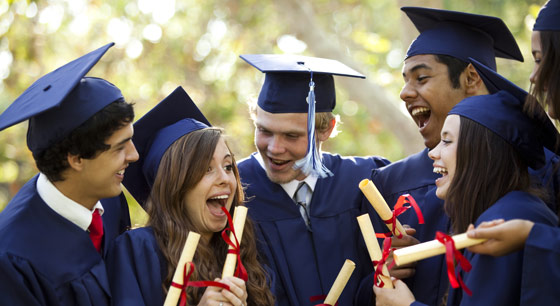 This article was originally published by Tyler Durden at ZeroHedge.com

We’ve spent a fair amount of time over the past several years writing about the ‘participation trophy generation’ (a.k.a. “millennials) and, more specifically, how their inflated sense of entitlement and self-worth, irrespective of work effort and/or innate talent, would not serve them well in the real world.

You see millennials, despite what your enabling handlers (a.k.a. “educators”) have told you your whole life, people here in the real world couldn’t care any less about your feelings, think your ‘Gender Studies’ degree was a complete waste of your parents’ money, will not promote you just because anything less would be a ‘triggering’ event and do not recognize your standing to demand ‘safe spaces’.

In fact, taking a moment to truly internalize the following quote from our favorite movie would serve you well.

“Listen up maggots. You are not special. You are not a beautiful or unique snowflake. You’re the same decaying organic matter as everything else. We are the all singing, all dancing crap of the world.  We are all part of the same compost heap.”

And, while we’ve been forced to write post after post detailing the lunacy of your behavior as you frolic aimlessly on the campuses of liberal bastions of higher indoctrination across this great country, growing more and more sickened with each new display of entitlement, we have to say that your efforts to eliminate high school rankings is a new low, even for you.

Unfortunately, as the AP points out today, that is exactly what seems to be happening at high schools all around the country as the title of “valedictorian” is being eliminated and/or bestowed upon so many kids in each graduating class that it’s rendered meaningless.

“More and more schools are moving toward a more holistic process. They look deeper into the transcript,” Gottlieb said.

Wisconsin’s Elmbrook School District has for several years ranked only the valedictorian and salutatorian, and only then because the state awards scholarships to schools’ top two graduates, according to Assistant Superintendent Dana Monogue. The change has been accepted by colleges and community alike, Monogue said.

One school in Tennessee awarded the “valedictorian” title to 48 kids, or roughly 25% of the entire graduating class.

Tennessee’s Rutherford County schools give the valedictorian title to every student who meets requirements that include a 4.0 grade-point average and at least 12 honors courses. Its highly ranked Central Magnet School had 48 valedictorians this year, about a quarter of its graduating class.

At another school in Maryland, the AP highlights the woes of a concerned mother who wonders how ranking might affect her teenager’s confidence.

The day rankings came out at Hammond High School in Columbia, Maryland, students were privately told their number — but things didn’t stay private for long.

“That was the only thing everyone was talking about,” said Mikey Peterson, 18, who shrugged off his bottom-third finish and will attend West Virginia University in the fall.

A spokesman for the Howard County, Maryland, district said schools recognize their top 5 percent so students can include it on college applications and hasn’t considered changing.

“There was a big emphasis on where you landed,” said Peterson’s classmate Vicki Howard, 18. “It made everything 10 times more competitive.”

Peterson’s mother, Elizabeth Goshorn, said she can’t walk into his school without hearing good things about her affable son, but worries about how rankings can affect a teenager’s confidence.

“It has such an impact on them as to how they perceive themselves if you’re putting rankings on them,” she said.

Try as you might, ignoring the principles of basic mathematics does not mean that they cease to exist.  And while your enabling parents, high schools and colleges may share your view that ranking people on the basis achievement is racist, sexist and/or any other number of adjectives you may wish to throw out there….again, we assure you that the real world does not care.

Life is competitive and your relative performance versus your peers will ultimately determine your success in life irrespective of how “triggering” that fact may be.  The sooner you realize that fact, the sooner you’ll be able to move out of mom’s basement.