Here We Stand, At The Twilight’s Last Gleaming: “All Private Property Rights In The U.S. To Be Strategically Usurped” 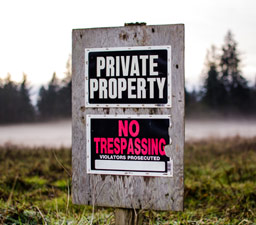 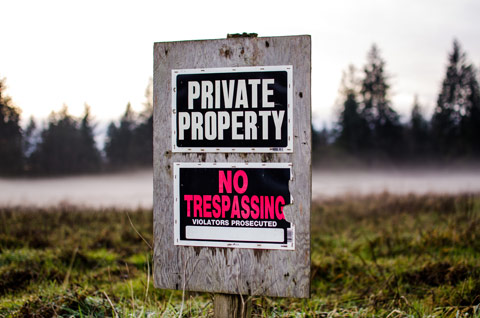 “Here We Stand, At The Twilight’s Last Gleaming”

These words are written past the midnight hour and I remember back to March 23, 2010 when Obamacare was signed into law at the 11th hour.  I remember it well; I was up almost all night, as it was around 11 pm that it was finished.  Never will I forget it: the injustice labeled first as a law, then as interstate commerce, then as a tax.  It was slipped under the noses of the people and slithered into the books.

The thoughts were such:

Incrementally.  With infinite patience and weighing the public consciousness (or lack of such) to inculcate their programs, and here we have it again, in Montana, paving the way for what will happen with the nation.  Eminent domain abolished private property, effectively making the definition of it subjective.  Private property is now completely defined by the federal government or the “tyranny of the majority” (De Toqueville), the latter in the form of a somber “grand council.”

The feds, states, and the local councils determine the need to take away private property and then come out with the proclamation, “This is for the public good,” or in “the interests of the general public.”  Mr. Spock on steroids, where “the needs of the many outweigh the needs of the few…or the needs of the one.”

When the needs of the one are thrown upon a rubbish heap and burned in the name of the collective good, the needs of the many are pyred with that individual!  By burning the one, the basis for the freedoms of the many end up being skewered and destroyed.  The end state is no longer recognized as a free state made up of free individuals with free will.  It becomes a collective, socialist pit where money, power, and privilege establish the ruling class…the “inner and outer” parties and the proles.

Incrementally.  This has happened in part, and it is happening now.  I wish to give you the real reason for the CSKT water treaty: the government’s takeover of all private water supplies in Western Montana “on behalf” of the Indian Tribes.

All of you are aware of the forces at work both within and without our nation’s borders toward global governance.  The Agenda 21 actions placing the EPA as the determining body for the “protection” of the environment and the movement (as is occurring in China right now) of people from the rural areas into the cities.  They’ll have future “stack-n-packs” of people crammed into cage-like conditions.  Returning to Montana: this state is the first state both to pave the way and also for more sinister reasons.

The Flathead Valley in particular is an area of high strategic value.  The rail line runs across the Continental Divide basically straight through Glacier National Park and into a small town (a seasonal tourist and ski-buff trap) named Whitefish, continuing on through Libby, MT and proceeding westward to Seattle and other parts in-between.  Now in Montana, there are an extremely high percentage of veterans and gun owners, especially up in the mountains.  The powers that be need these “water rights” to regulate the people and force them out of the hinterlands to enable them to control it.

Now, in addition to the rail line (picture tanks, APC’s, artillery, and all support equipment moving across the Divide), the valley itself is excellent for airports and air operations.  In order to secure this area, first all of the people in the mountains who believe in God, guns, and Old Glory need to be controlled (the water compact does this) and systematically “made” to relocate.

From a national perspective, what has occurred in Montana has set the precedent for all private property rights in the U.S. to be strategically usurped.

The “frog placed in the cold water and brought to a gradual boil” is not a far-fetched analogy to be drawn!  Look what has been lost, and the Statist-regime keeps making inroads.  We do not have any victories, or (akin to the Overton window theory) if we do, it is only to move the accepted paradigm over just a little more.  At this rate, one day we’ll wake up in real, iron shackles, if we are permitted to awaken at all.

They have stripped the people of Montana of their rights to own a well without being regulated; they now have the “right” to enter your property and do as they please.  The people of Montana are the representative slice of the United States’ citizens as a whole.  As Montanan’s rights burn, so will be pyred the rights of all of the citizens of the United States.  The whole package will be signed into law by the same Democratic Governor who vetoed a bill forbidding the sheriffs from preventing federal agents from confiscating firearms should the need arise.

Readers, now is the time for truly intelligent discourse and analysis.  I ask you: give your best thoughts in these comments…use all of your experiences and knowledge to contribute to this discussion.  You have it in you: I know you do, because I have read your words and feel the same pains that you feel watching what has happened to our country.  We truly stand, at this moment, at the twilight’s last gleaming.  I look forward to hearing from you and bid you good day.