Here It Comes Seattle: “Stupidity Has A Price” 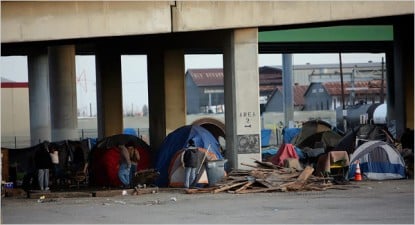 SHTFplan.com Editor’s Note: Seattle recently implemented a minimum wage hike to $15 per hour. Proponents of the country’s most stringent wage requirements on businesses said that higher wages will be good for the people and the economy because when people make more money they’ll spend more. Sounds like a fairly sound argument, until you consider where that extra $5 per hour comes from. Politicians who favor forced mandates such as minimum wage increases without regards to mentioning how the bottom line of businesses in the city will be affected do their constituents a great disservice.

As Karl Denninger explains in the commentary below, businesses in the area just saw a massive increase in their labor costs (and let’s not even mention new Obamacare health insurance requirements and taxes). There are really just three possible solutions here:

1) Businesses will be forced to raise prices, which will essentially wipe out the benefit of any wage increase because while employees may make more money they’re now paying more for the same goods.

2) Businesses will have to cut back hours. If you force a business to pay 50% more per hour per employee and consider how much money that is, many will have no choice but to cut back hours, which effectively leaves the employee making the same amount of money.

3) Businesses will have to let people go. It’s simple. If their revenue stays the same but their labor costs go up a business has no choice but to consolidate its work force.

One could argue a fourth option to be for a business to improve and increase its revenue. Some will be successful doing so, but with the economy showing a slow-down on a global level there will be few and far between who will see positive growth to such an extent that it is able to cover their new labor and insurance expenses.

The following commentary was written by Karl Denninger and was originally published at The Market Ticker.

According to the National Review Hotline, Kathrina Tugadi owner of Seattle’s El Norte Lounge, no longer hires musicians for her restaurant, she said she can’t justify expenses that don’t directly “add to the bottom line.” And, she says, hours will have to be cut: El Norte Lounge plans to stop serving lunch and only serve dinner.

You deserve this if you live there and did not immediately remove those who voted for this change — and let’s remember that the vote was unanimous.

This is your government.  And let us remember that The Department of Labor, that means OBAMA and the Federal Government, is trying to do the same thing.

But you will not get a $15 minimum wage if you’re currently making under $10.  You are very likely, in fact more than half-likely, to get zero instead because the company you work for will either fire you, replace you with a computer if it can, or cut back your hours dramatically.

Welcome to this thing called arithmetic folks, and for those of you who thought you could cram this down employer’s throats, no, you can’t, for the simple reason that for most employers labor is one of, if not the largest cost of their operation.  Adding 30% or more to that operating cost will turn a profit into a loss at which point the company ultimately goes out of business and then you no longer have a job.

Stupidity has a price — in this case the price is that you get to live under a freeway overpass.