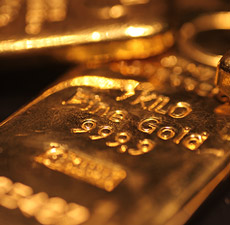 If you are a precious metals investor then you may be wondering why the price of gold and silver were absolutely massacred this week. Ask the expert pundits on financial media and you’ll get a swath of explanations for how the strength of the dollar or the improving health of the global economy are to blame. One could reasonably argue that dollar strength this week could certainly put downward pressure on the gold price. So, too, could one make the point that mainstream perspective is such that the economy is improving, which means investors aren’t in panic mode and have no reason to hold a safe haven asset. But neither of these arguments could realistically lead to the smack down we witnessed this week.

So what happened? Well known gold and silver analyst Andy Hoffman suggests the answer could be much simpler than we have been led to believe.

The fact is, just like back in 2011 in May [when prices collapsed], China is closed for the week.

Had you been listening only to the big financial news sites, you would have noticed that they made no mention of this very important fact. With China closed the markets were open for rampant manipulation, which is exactly what happened as several billion dollars in leveraged paper assets were dumped on the market.

On Monday, China will be back in business, and that means the Shanghai Gold Exchange, which opened last year to counter Western manipulation of precious metals, will likely help re-balance prices to where they were before this week’s takedown.

We could be wrong, but something tells us gold and silver prices won’t stay this low for much longer and that they could well see a complete turnaround next week.

What does that mean for investors? This could be one of our last buying opportunities before the long-term bull market trend makes another move like it did in the first part of this year which saw precious metals rise amid market panic.