Heart Attack Rates Are Skyrocketing, And The Media Is Blaming Everything Other Than COVID Vaccines 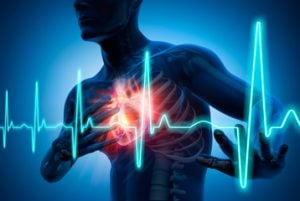 The establishment is running into serious problems trying to explain away the skyrocketing rates of cardiovascular events that are occurring ever since Wuhan coronavirus (COVID-19) “vaccines” were unleashed on the world.

Corporate-controlled media outlets, including some “conservative” ones, are blaming everything from fluctuating weather patterns and daylight savings time to watching too much television and even having too much sex.

Suddenly, all the normal things that people have been doing forever are magically causing otherwise healthy (or so they seem) people to suffer a heart attack or stroke, even though this never happened prior to Operation Warp Speed.

“The ‘experts/priests’ who worship and respect the Science©, and interpret it like Nostradamus reading tea leaves, want to assure the peasants that the unprecedented increase in heart attacks, even in young people who historically don’t suffer from them has nothing to do with the ‘vaccines’ produced by the same pharmaceutical entities that coincidentally fund their research work,” the Daily Bell reported.

“Obviously, no conflict of interest affects the Science© overlords’ judgment because they exist in a moral class above the petty fallible humans they oversee.”

On its website, the American Heart Association (AHA) reveals the following, which the lying propaganda press refuses to even acknowledge let alone report on: “We conclude that the mRNA vaccines dramatically increase inflammation on the endothelium and T cell infiltration of cardiac muscle and may account for the observations of increased thrombosis, cardiomyopathy, and other vascular events following vaccination.”

This seems pretty self-explanatory, but the establishment does not approve. In fact, it is going out of its way to try to deflect from the truth by blaming exercise and skipping breakfast for the massive uptick in heart events that we are now seeing.

“The principle at play here is akin to a legal concept called ‘plausible deniability,’” the Bell‘s Ben Bartee wrote.

“Most often, plausible deniability refers to members of high-ranking governments or similarly large, complex entities creating, through various machinations, a mirage of ignorance to protect themselves from liability for criminal or unethical behavior that they actually sanctioned.”

The corporate-controlled media is doing the exact same thing by presenting an array of ridiculous and highly unlikely scenarios to try to explain away all of the COVID jab injuries and deaths that are spreading like a virus among the “fully vaccinated.”

“If the corporate media can offer an array of alternative explanations for the precipitous spike in heart attacks, cancers, etc., then determining for certain that an individual owes their debilitating health condition to the ‘vaccines’ becomes virtually impossible – it could’ve been almost literally anything else!” Bartee added.

The stakes are high, and those who perpetrated the plandemic know their days are numbered. The more that gets revealed, the harder they try to deflect from the truth, even if their deflections are painfully and obviously fake.

Oftentimes, “conspiracy theories” start out being mocked, only to later be accepted once it becomes obvious that they are conspiracy facts. But the establishment has no other choice but to double and triple down in defense of the lie, otherwise, the whole thing collapses on them.

Another lie that is crumbling is the false claim that mRNA “vaccines” do not trigger permanent changes to human DNA. It turns out that they do.

“The obvious takeaway is that none of the ‘information’ the corporate media presents is intended to inform, but rather to craft and then insert into the public psyche a deliberate narrative to absolve powerful actors of guilt,” Bartee said.