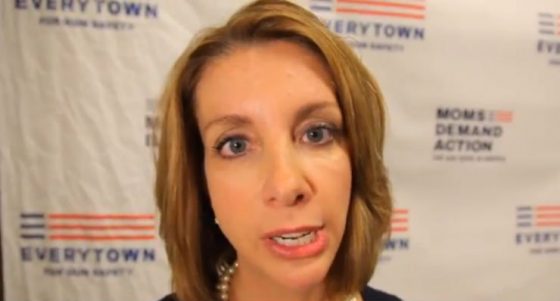 With Thanksgiving right around the corner, many are planning festivities which include feasts and gatherings with friends and family.  But some others, like gun control activists, seek to make your holiday as miserable as possible.

Shannon Watts, the founder of Moms Demand Action for Gun Sense in America, used the trending hashtag #ThanksgivingWeek to call on parents to inquire about guns in homes where their child may be visiting this year.

It’s #ThanksgivingWeek: Have you asked the friends and family your kids are visiting if there are guns in their homes and how they store them? https://t.co/pyvEUh4N3m

Watts has been fighting against gun owners for years, pushing for gun control legislation, and has encouraged businesses to adopt gun-free policies. She is also the board chair for Rise to Run, an organization focused on encouraging communist young women to run for office.

But once again, proving that leftists are actually the violent ones who wish for the death of those who don’t believe the same fantasies they do, the lemmings who follow Watts were out in full force.

Guns in Trunpist families should be stored as recklessly as possible.

What most leftists don’t realize is that most gun owners don’t care about their emotions. They probably will relish a Thanksgiving dinner without the political diarrhea that so many gun control activists spew. If I were asked the question Watts proposed, I would tell the person asking that it’s none of their business and if they don’t like then tough.

Because the cold hard truth no liberal wants to realize, is that gun control will only affect those willing to follow those laws and punishes those who have committed no crime.  There’s no other way to look at it, and until the communists on the left can realize that, Thanksgiving may be more enjoyable without them.

Personally, I think that liberals and communists have an issue with gun rights because those are the people who can tell them “no” and back it up.  It’s hard to control a person who’s armed when you only bring your feelings to the fight.