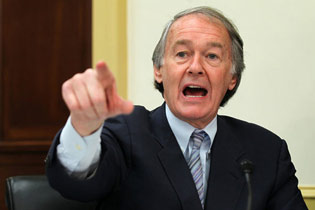 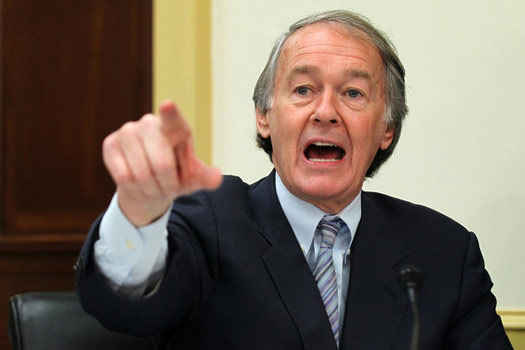 With the capability to intercept every digital communication sent over the internet or telephone it’s no surprise that Big Brother is pushing to further expand its role in the lives of Americans.

Senator Ed Markey (D-MA) is proposing a new bill that would send government web bots across the internet looking for hate speech or material allegedly determined to be advocating or encouraging “violent acts.” Once identified, the Congressman wants reports to be disseminated to Congress so that they can monitor, control and potentially criminalize thoughts and expressions deemed by an unknown panel of government bureaucrats to be hateful.

You and I both operate in the arena of words and ideas… freedom of expression and thought… that is the coin of our realm.

I really think it is the duty of journalists and people in the media to look at any potential instance of the government coming in and trying to monitor or potentially criminalize thoughts and words.

Senator Markey wants this obscure Federal Agency to scour these online sources… TV, radio and so on… for any speech they find threatening. He wants them to do it in connection with the Department of Justice, the U.S. Commission on Civil Rights, and then file a report with Congress on what out there is potentially hateful and could lead to hate crimes.

This is clearly Big Government sticking its nose into people’s speech and their thoughts.

There’s no criteria in the bill… what’s the template? When you go through and check the boxes what counts as hate speech and who makes the determinations? It’s this abstruse group that no one’s ever heard of buried within the bureaucracy of the federal government.

The definitions for what constitutes hate speech are broad or non-existent, making such a bill that much more dangerous. According to the Examiner, “The bill does not specify what, exactly, constitutes “hate,” but given the source of the proposal, it’s not too difficult to figure out.”

The proposed bill has prompted concerns that individuals or groups who speak out against the government or disagree with certain politicians will be identified as inciting hate.

Many questions about how the process of finding hateful people in the United States via the internet would work have been left unanswered.

A few weeks ago Senator Harry Reid of Nevada referred to protesters at Bundy Ranch as “domestic terrorists.” Since these people defied official directives and hate the idea of government overreach, would they now also fall under new hate speech guidelines being proposed by Senator Markey? Will they be added to yet another red list and flagged as persons of interest for simply posting their thoughts in a forum on the internet?

Psychiatrists are now identifying those who express their frustrations with the government as a mental illness called Oppositional Defiance Disorder (ODD) as per the official Diagnostic and Statistical Manual (DSM-V). Under the new proposal from Senator Markey defiant thoughts or ideas could potentially not only leave you diagnosed as mentally ill, but also a “hater.”

Will “hate” now be deemed a terrorist activity such as making a gun gesture with your hand, purchasing ammunition, or paying cash for items at the grocery store?

As we noted previously, there are already pre-crime systems actively monitoring the internet looking for discussions and behaviors that can be used to identify potential criminals before any crime occurs. Combined with new Web Bot hate speech tools, could the government then preempt detentions and arrests under the Patriot Act or National Defense Authorization Act, both of which allow for action to be taken against those who threaten national security, yet another broadly define term?

The bill is full of loop holes and broad assumptions, as is generally the case with government mandates. And, with the Department of Justice included within the new ‘hate speech’ mandates it should be clear that the end goal is criminalization of thoughts and expressions that go against the prevailing agenda.

All that aside, perhaps we should just pass the bill first before we find out what’s in it.