Google’s Artificial Intelligence Can Predict Your Death With 95% Accuracy 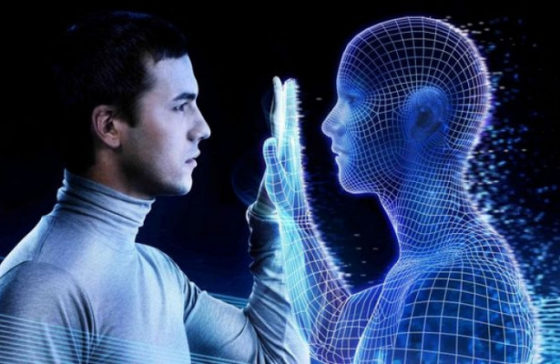 Google’s neverending quest to obtain as much information about you as possible has just crossed into a rather eerie territory.  The tech company’s artificial intelligence is now so advanced that it can predict when you will die with 95 percent accuracy.

Things feel as they are drifting toward the macabre when it comes to advances in technology.  Nothing seals that quite like the announcement of Google’s ability to predict your death with stunning accuracy using artificial intelligence. As reported by IFL Science, the new ability to use AI to predict death is outlined in a study recently published in npj Digital Medicine. The study involves new Artificial Intelligence (AI) that Google’s Medical Brain team have been working on. It has been trained to predict how likely it is that patients entering a hospital will make it out alive.

Bring on the death panels. As if things aren’t scary enough, imagine how horrifying this technology’s use could be especially if the government ever gains complete control of the healthcare system.  Google’s AI would simply say there’s not a high likelihood of a person making it out of the hospital alive, so no care will be given.  Humanity is most definitely devolving.

The AI is 95% accurate which is much more accurate than the current early warning score system used in hospitals now.

Overall, the study found that the AI was able to predict mortality 24 hours after admission with 95 percent accuracy at one of the hospitals trialed, and 93 percent at the other. This was significantly better than the hospital’s traditional predictive model (the augmented Early Warning Score), which predicted mortality with 85 and 86 percent accuracy respectively. –IFL Science

In one instance reported in the study, a patient with late-stage breast cancer was admitted to hospital. Her lungs were filled with fluid, she was seen by several doctors and then underwent a scan. According to the hospital’s assessment, she had a 9.3 percent chance of dying during her stay, based on her vital signs such as respiratory rate, blood pressure, and pulse.  Google’s AI also ran its own assessment on the same patient, assessing 175,639 data points on her record, the researchers wrote in their study. These included data points that aren’t normally considered during patient evaluations. The AI was able to access previously out of reach data, such as PDFs of notes made by doctors and nurses that indicated evidence of malignant pleural effusions (fluid build-up around the lungs) and potential risk of pressure ulcers. Looking at this data, the AI put the patient’s risk of death during her stay at 19.9 percent. She died 10 days after admission.

The accuracy of the predictions was put down to the extra data that the AI was able to crunch in comparison to what a human can do. Normally when predicting patient outcomes, the time-consuming part is putting all the data together into a readable format, Nigam Shah, an associate professor at Stanford University, told Bloomberg. “In general, prior work has focused on a subset of features available in the EHR [electronic health record], rather than on all data available in an EHR,” the authors wrote in their study. “Which includes clinical free-text notes, as well as large amounts of structured and semi-structured data.”

It sill feels overly creepy even though hospitals are assessing patients now.