Less than six months ago, the ‘smartest men (and women we are sure) in the room’ at Goldman Sachs’ prestigious economics department were in full hawktard mode – forecasting four rate-hikes in 2019, providing cover for a desperate-to-get-back-to-normal Fed’s rate trajectory guesses. 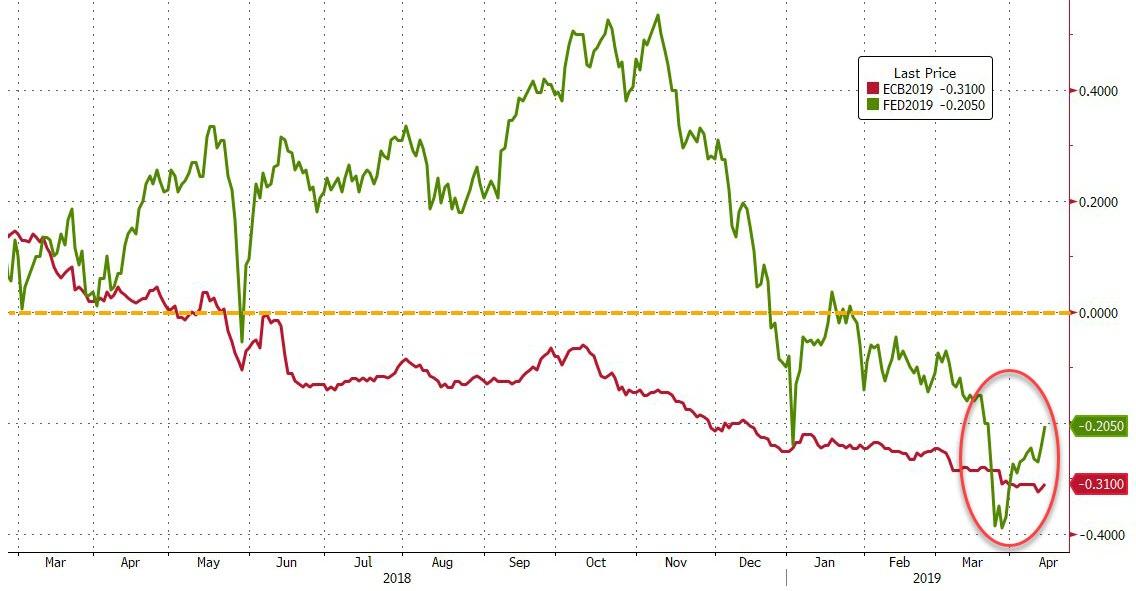 Since then, Hatzius and his honchos have slowly but surely folded to the market’s view, with his latest note proclaiming with no smile on their face that growth will be better than they expect in 2019 and 2020 BUT… pushing back their forecast for the next hike from 2020Q1 to 2020Q4.

The ‘excuses‘ that Hatzius et al. use this time for their even-more-dovish tilt – despite rosier growth forecasts – are simple: no-flation and Trump.

While the growth news has been encouraging, the inflation numbers have surprised to the downside. Following this morning’s PPI report, we now expect year-on-year core PCE inflation to slow to 1.64% in the March print and to end 2019 at 1.9%, vs. the 2.1% we had expected just a few weeks ago (Exhibit 2). 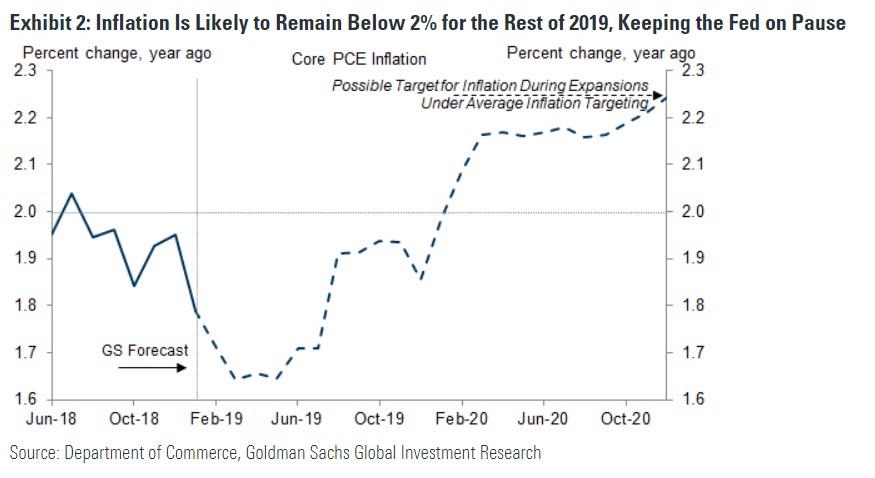 At the same time, the goalposts for the next rate hike have shifted and could move even further back as the Fed undertakes a review of its policy framework. The FOMC’s emphasis on “muted inflation pressures” as a reason for patience suggests that above-2% inflation is now almost a necessary criterion for further tightening, making a rate hike later this year quite unlikely.

The Fed’s framework debate is scheduled to wrap up in the first half of 2020, and at this point the adoption of average inflation targeting (AIT) appears to be the most likely outcome. The shift away from price-level targeting (PLT), the previous front-runner, toward AIT was a surprise to us this year. Whereas temporary PLT would not have had obvious policy implications until the next recession hit, the adoption of AIT would have immediate dovish implications by raising the inflation target for expansion periods, perhaps to roughly 2¼%. This would further reduce the odds of a rate hike in early 2020 because hiking just as the new framework is being introduced would risk sending a mixed message that could undermine its credibility.

A final consideration is that the Fed has increasingly been placed in a political spotlight. Greater political scrutiny of monetary policy decisions probably further reduces the odds of a rate hike in a presidential election year until after the elections are over.

For these reasons, we are pushing back our forecast for the next rate hike from 2020Q1 to 2020Q4.

Furthermore, despite the market’s insistence that The Fed will cut rates next, Goldman insists the next move is much more likely to be a rate hike:

The low level of the funds rate makes a 1995-style “recalibration” cut very unlikely, especially with downside risks now fading. We also think the bar would be very high for the FOMC to cut solely in response to low inflation, even if it adopts AIT. Instead, rate cuts would likely have to be a response to concerns among Fed officials about recession risk, and neither we nor they see signs that recession risk is particularly elevated. As a result, the odds of rate cuts discounted in the bond market look too high. 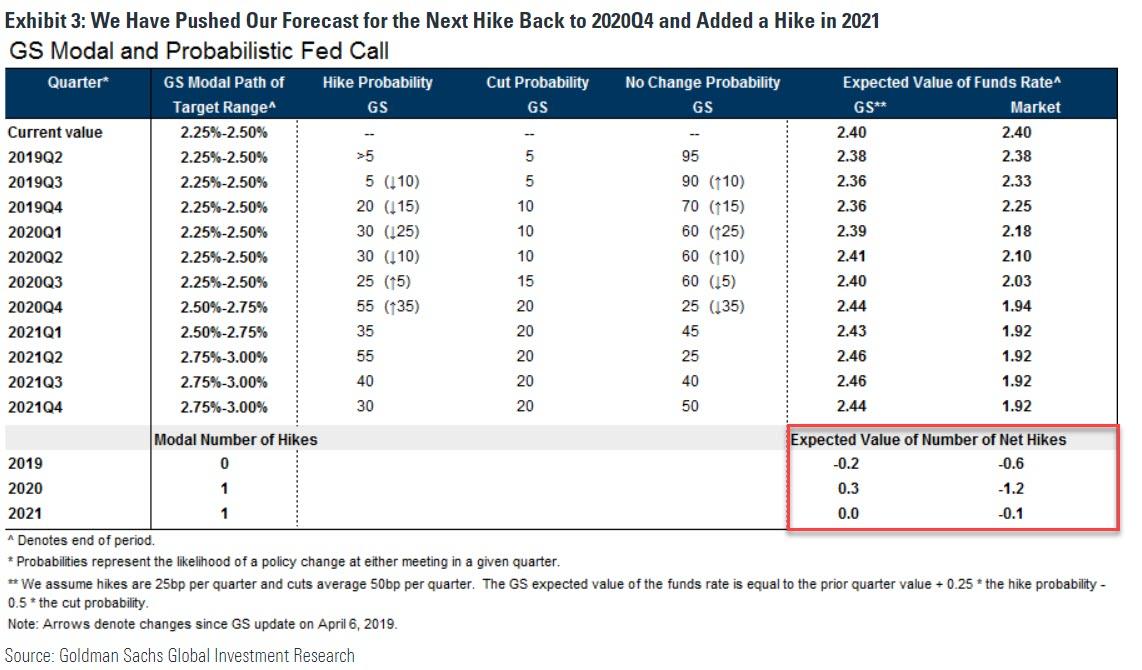 Beyond 2020, we expect the expansion to continue and think the most likely response from the Fed will be further gradual tightening. The US business cycle has historically had two main modes: when not in recession, the economy tends to grow at an above-trend pace and the unemployment rate tends to fall. We think the Fed is unlikely to remain on pause indefinitely under those circumstances, and we are therefore adding another rate hike to our forecast in 2021Q2.

Finally, Goldman does not expect every FOMC participant to sympathize with all of their arguments when the time comes to revisit rate hikes.

Some are already comfortable with a “no lean” policy stance, and some will be comfortable keeping rates on hold even under the economic conditions we envision. But we do think these considerations will be persuasive to enough of the Committee that the most likely compromise after the 2020 elections will be a very gradual pace of further tightening, beginning with a hike in December 2020 and continuing with another hike in 2021.

Still, when your forecast – like The Fed’s – can pivot so hard, so fast with zero consequence for your career or reputation it seems, anything is possible.