Global Strategist Forecasts: “A Massive Unwind Of The U.S. Dollar Is Coming… You’re Going To See A Rush For Gold” 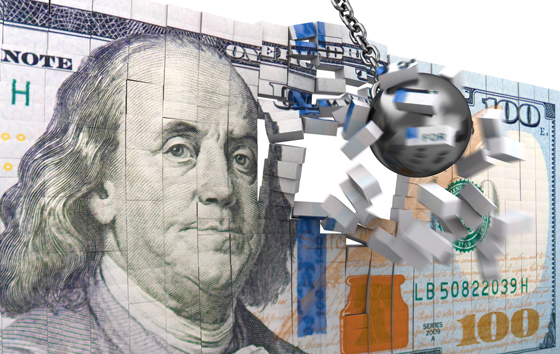 Global strategist Marin Katusa is the New York Times best selling author of The Colder War, which details the geo-political power shift that threatens the global dominance of the United States. He’s also a well known resource hedge fund manager who legendary investor Doug Casey has called one of the best market analysts he’s ever worked with. His prior forecasts noted that countries around the world would soon stop trading commodities like oil in the U.S. dollar, something we’re already seeing with China, Russia, Iran, and Venezuela, all of which are preparing non-dollar, gold-backed mechanisms of exchange.

This trend, according to Katusa in a must see interview with Future Money Trends, will only continue to weaken the U.S. dollar going forward and the result will be a massive capital flight to gold in coming years:

You’re going to start seeing a massive unwind of these U.S. dollars in the emerging markets.

When that money comes back… which it will… and the world starts cluing in that the emerging markets need gold to convert the Yuan and the Ruble and all these different factors, you’re going to see a massive rush for gold.

Katusa notes that he is preparing to “load up” on gold-based assets as the dollar strengthens and puts additional pressure on gold prices, but says that by next year major fund managers will start moving capital back into precious metals in response to dollar weakness, global de-dollarization and economic crisis:

Everybody wants to rush in when something’s exciting… but you take your position before the massive flow of money… I think we have a near term dead cat bounce for the U.S. dollar… which will mean we’re going to have a little bit of weakness here in gold in the near term… the next six months is my time to load up.

…And when the funds flow come in… it’s going to be the equivalent of Niagra Falls coming through your garden hose.

The geo-political realignment taking place now stands to upend the financial and economic systems as we know them. This shift will not come without crisis and panic. The time to position yourself in gold-based assets is now.