“No country can be well governed unless its citizens as a body keep religiously before their minds that they are the guardians of the law, and that the law officers are only the machinery for its execution, nothing more.” 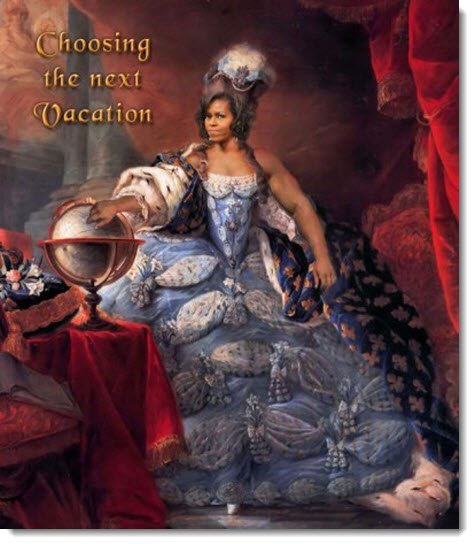 Life is good when you’re not an average tax-paying, slave-laboring prole in America:

Via the Washington Examiner

First lady Michelle Obama’s weekend jaunt to Aspen, Colorado for a President’s Day ski holiday with her daughters Sasha and Malia makes the 16th time members of the first family have gone on extended vacations during their three years in office.

Millions are out of work, tens of millions more are living in poverty and struggling to feed themselves, the government is printing trillions of dollars to stay afloat, yet our First Lady has determined that it is prudent to take a vacation, on average, once every two and a half months at taxpayer expense.

The day I took office, one of my commitments to the people was that we would do a better job here in Washington in rooting out wasteful spending at a time when families have cut back and have had to make some tough decisions…