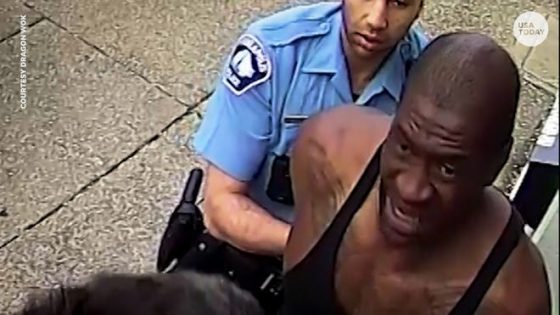 To anyone who has been paying attention, this shouldn’t come as a shock.  Mainstream media outlets are now reporting that George Floyd had COVID-19. He apparently tested positive back in April.

According to a report by the New York Post, Dr. Andrew Baker, the chief medical examiner at Hennepin County said that the coronavirus was not a factor in Floyd’s death. (Obviously. We saw it.  It was murder.) “Since … positivity for [COVID-19] can persist for weeks after the onset and resolution of clinical disease, the autopsy result most likely reflects asymptomatic but persistent … positivity from previous infection,” Baker wrote in the report, which was released Wednesday with the permission of Floyd family.

The full 20-page report maintains that Floyd’s death was a homicide and that he died when his heart stopped while officer Derek Chauvin compressed his neck in the widely viewed video of his arrest.

Floyd’s family had conducted an independent autopsy that was released this week and it claimed the cause of death was different. But it was still homicide. Floyd’s death was caused by asphyxia from both neck and back compression due to the weight fellow officer Thomas Lane pressed on his abdomen.

The medical examiner’s office’s findings included “other significant conditions” of Floyd’s such as heart disease, fentanyl intoxication, and recent methamphetamine use. These details were released in the initial report that angered Floyd’s family attorney, Benjamin Crump. Crump said the inclusion of those conditions, which were not ruled to be a factor in his death in either autopsy, was an attempt to assassinate Floyd’s character ahead of the officers’ trials.

As far as the “killer cop” goes, his neighbors had no idea he was even a cop. They thought he was a real estate agent.

How interesting that the mainstream media is leaving this part out. Perhaps it was all just a psyop.  Perhaps it was to incite violence and bring in the troops fro martial law. Many Americans are now seeing “wartime” military in their hometowns under President Donald Trump.

It’s also the police that have supplied the rioters with bricks.  There’s a lot of people still siding with the government and looking for ruler to dictate their lives, but it’s time to wake up.  You are being played. We all are.  You can hate the messenger all you want, but it doesn’t change what’s happening.

The coronavirus lost it’s fear factor when people started to wake up to what the government was doing and the ruling class needed a different crisis.  They couldn’t get martial law after they impoverished the masses, so on to the next crisis.  It’s probably going to be one thing after another now until we either wake up and break free or end up in chains we’ll never get out of.

There are also people being paid to disrupt peaceful protests. George Soros has paid agitators for years. This isn’t new information. The mainstream media is desperately trying to keep ahold of the official narrative on this crisis too. We have to start lifting the veil and looking beyond. We’ve been conditioned our whole life to not question “authority” and they are telling us not to now.  Or what? They’ll label you a “conspiracy theorist” and “antisemitic.”

You can argue about the definitions of words all you want. But their structure remains the same. The word “government” can be split into two words: 1. (guvernare) meaning “to control” and 2. (mens or mentis) meaning “mind.” SO GOVERNMENT MEANS “TO CONTROL THE MIND.” Arguing about how much control others should have over our minds is not a solution. The solution is to start thinking for yourself and stop letting them control you.

Pay attention and stop allowing the media and the government to tell you what to think. Look into things and figure out the difference between right and wrong on your own.