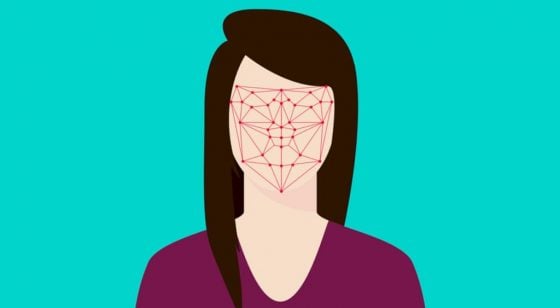 What is wrong with the picture below? A lot.

USA Today’s caption says it all:

Annabel Hess, right, signed up for PreCheck at an RV outside the gates of the Country LakeShake music festival in Chicago in late June at the urging of her roommate Catie Hjerpe, left. The story describes how happy a young woman is to join IdentoGo’s TSA PreCheck just so she can avoid check-in lines at music festivals.

Her roommate has had PreCheck since college and saw the festival’s pitch about enrolling on-site and getting a fast pass through festival security as a bonus.

Below are some examples of how hard the mass media is working to convince Gen Z adults to give up their privacy.

Mass media claims giving away your privacy is fun:

This disturbing video from WBCD News 2 is yet another example of how the mass media laughs about losing one’s privacy so they can avoid check-in lines; referring to PreCheck enrollees as “lucky ducks” twice.

There is nothing fun about giving up your identity to gain entrance to music festivals, sporting events, and other public venues.

IdentoGo has come a long way since last year’s propaganda bus tours at MLB, NFL, and NHL stadiums and their partnership with Staples.

IdentoGo has repainted their RVs, to make them more appealing to Gen Z adults by putting pictures of smiling young women on them in a blatant attempt to gain wider acceptance.

USA Today warns that the TSA and IdentoGo want to put TSA checkpoints in public venues across the country.

TSA-style checkpoints at music festivals? What is next? Fairs, malls and movie theaters?

The United States is quickly descending into a dystopian reality. Facial recognition and privacy violations are now the norms as the “powers that shouldn’t be” continue to ramp up their control of the media and manipulate the minds of Americans. John W. Whitehead writes about this unfortunate situation we are finding ourselves in. In his book Battlefield America: The War on the American People, Whitehead explains how this insidious shift was so subtle that most of us had no idea it was happening:

Police forces across the United States have been transformed into extensions of the military. Our towns and cities have become battlefields, and we the American people are now the enemy combatants to be spied on, tracked, frisked, and searched. For those who resist, the consequences can be a one-way trip to jail or even death. –Battlefield America: The War On The American People