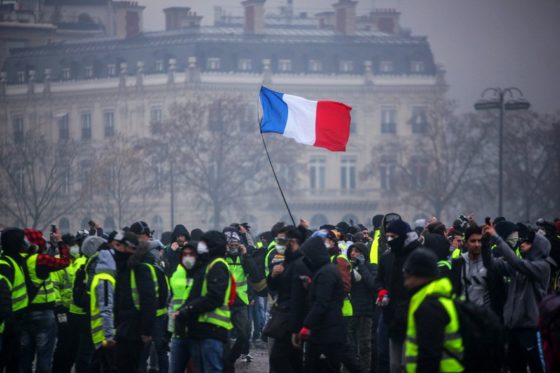 Activists from the Gilets Jaunes (Yellow Vest) movement have vandalized nearly 60% of France’s country-wide speed camera network, according to Interior Minister Christophe Castaner, who said that the willful damage was a threat to road safety and endangered lives, according to the BBC. 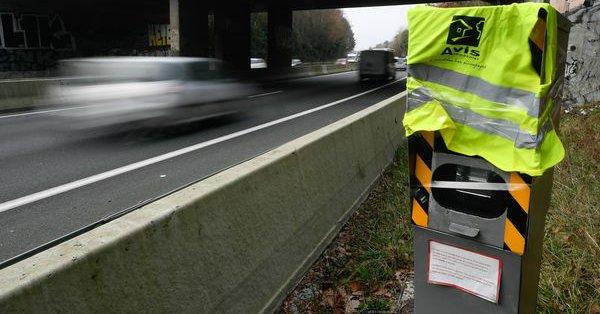 The BBC’s Hugh Schofield, in Paris, said evidence of the vandalism is visible to anyone driving around France, with radar cameras covered in paint or black tape to stop them working.

But the extent of the damage – now believed to affect more than half of all 3,200 speed cameras in the country’s network – was unknown until Mr Castaner’s statement on Thursday.

He said the devices had been “neutralised, attacked, or destroyed” by members of the protest movement. –BBC 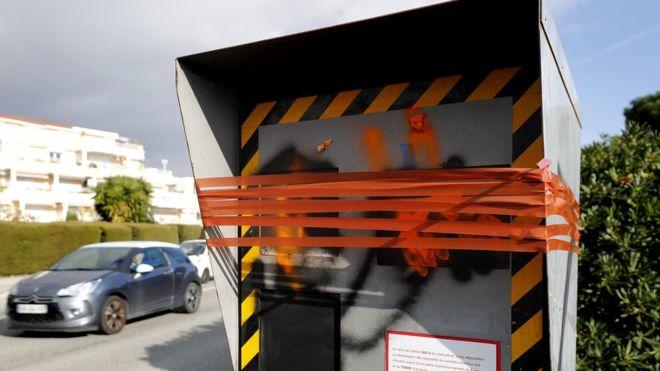 Speed limits in France have become a hot-button topic, after the Macron government lowered the limit on many roads from 90 km/h (55 mph) to 80 km/h (50 mph) early last year.

Yellow Vest protesters upset over an increase in fuel taxes have also complained about the rising costs of commuting for those who can’t afford to live near urban centers where they work – citing speed cameras and toll roads in their complaints.

While the Yellow Vest movement has been taking to the streets for violent clashes with French police, activists from the movement are now recommending that French protesters empty their bank accounts to spark a bank run – in a move which one protester, Maxime Nicolle, called a “tax collector’s referendum.”

“We are going to get our bread back … You’re making money with our dough, and we’re fed up,” said Nicolle in a video message, as reported by the Associated Press.

The movement’s adherents said they hoped the banking action will force the French government to heed their demands, especially giving citizens the right to propose and vote on new laws. –Associated Press

And while outraged Yellow Vests continue their protests, the Macron government is scrambling to calm down the anti-government movement with a series of economic measures which have thus far proven ineffective.

Prime Minister Edouard Philippe gave details Wednesday of a “big debate” the government plans to start next week in all the regions of France.

“We want it to be rich, impartial and fruitful,” Philippe said.

The debates will focus on four main topics: climate change, democratic issues, taxes and public services, the prime minister said. Anyone can propose a local event and an internet platform will provide another venue for discussion, he said.

President Emmanuel Macron proposed the debate as a way for the government to hear and to respond to the movement’s central complaints.

Around 200 Yellow Vest protesters – which included trade union members, gathered in the Paris suburb of Creteil, as Macron visited a handball facility turned into a handball gymnasium (what?).

Police used tear gas to keep angry protesters away from the French leader.