Across the developing world, 130 countries have yet to receive even a single dose of any of the COVID vaccines, while the US stockpiles hundreds of millions of doses as the Biden Administration announces ever more ambitious targets, currently 200MM jabs in arms by the end of his First 100 Days (which will formally expire at the end of April).

So far, the US has managed its vaccine rollout efficiently relative to the EU, though Washington, unfortunately, didn’t manage to avoid the safety scandals that unfolded in Europe with the AstraZeneca jab. Now that federal regulators have raised questions about the safety of the Johnson & Johnson jab, it looks like the entire adenovirus platform is now suspect (which is truly unfortunate for the developing world, since they were the ones who were supposed to get those vaccines). 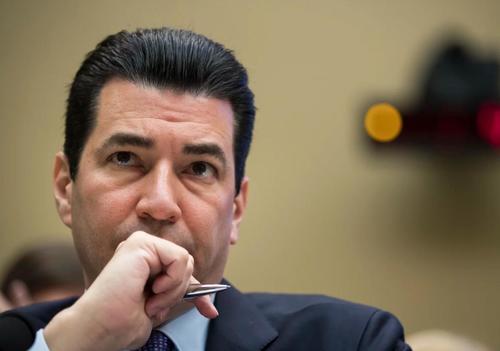 According to the latest numbers from Bloomberg, 195MM doses have been distributed in the US already, putting Biden well on track to meet his 200M shot goal.

But as we look at the projections for herd immunity…

…at least one former senior public-health figure – former FDA Director Scott Gottlieb – believes the real obstacle might be compliance, despite all those polls proclaiming public confidence in the vaccines has never been higher. Especially as the new questions about potential side effects, and anecdotal reports of the sometimes dayslong post-vaccination symptoms experienced by many, a large number of younger Americans may simply refuse the vaccine.

Seeing as he’s a board member of Pfizer, and in theory, this should make him a natural cheerleader for the vaccine effort, it’s worth listening to what Gottlieb is saying since it clashes with the administration’s official position.

And Gottlieb is saying that the US is reaching a point where supply will outstrip demand.

One in 4 Americans would refuse a coronavirus vaccine if offered, a recent NPR/Marist poll found. Another 5% are “undecided” about whether they would get the shot. And some researchers are growing worried that this reluctance will be enough to prevent the nation from reaching what’s known as herd immunity.

A former head of the Food and Drug Administration also has doubts about reaching herd immunity, the point at which the virus can no longer spread easily through the population. Gottlieb, who is on the board of Pfizer, one of the biggest makers of the vaccines, according to NPR’s Morning Edition, which invited Gottlieb for a recent interview.

More than 123 million people, or about 37% of the U.S. population, have received at least one dose of a COVID-19 vaccine and Dr. Scott Gottlieb, who was FDA commissioner from 2017 to 2019, says the nation is reaching a point where supply will outstrip demand. Gottlieb is on the board of directors of Pfizer, which makes one of the coronavirus vaccines.

“I think that there’s probably 150 million Americans who are eager to get vaccinated. And as we expand into the younger age cohorts and a new eligible population … you’re not going to see the demand be as brisk,” Gottlieb says in an interview with NPR’s Morning Edition.

“I think we get to 150 million vaccines. I think we struggle to get to 160 million,” he says, which is roughly half the U.S. population. “Beyond that, I think it’s going to be difficult. I’m not sure that you have the demand there.”

But it’s not as bad as that sounds.

“I don’t know that we ever get to herd immunity,” Gottlieb says. “But I think the combination of vaccinating that many people and having a lot of immunity in the population from prior infections, [is] enough that the level of spread of this virus is going to be substantially reduced.”

Despite revelations about rare blood clots tied to the J&J jab, Gottlieb said he expects the pause to be short. The reality, of course, is that the global rollout can’t afford to scrap the adenovirus-vector jabs, so patients with low platelet counts may need to make their own decisions. The official US government line is that the risks of vaccine side effects are far outweighed by their benefits.

“I think this is probably a temporary pause where the agency is going to evaluate the information it has, see if there is more cases out there to be reported into the agency, perhaps issue some guidance around the use of the vaccine and what doctors should be alert for and then allow the vaccine to continue to be distributed,” he says.

He adds, “I think it’s more likely than not that there’s going to be a resumption in the use of the vaccine for some portion of the population. That should be reassuring to the public.”

To be sure, Dr. Gottlieb believes the US will reach herd immunity, and soon. But he also suspects that COVID likely won’t be going away any time soon. Already, cases have surged worldwide over the past month, and numbers are rising even in India.

Of course, herd immunity is a nebulous concept, and projections can vary widely. One Professor at Johns Hopkins penned a WSJ editorial earlier this year claiming herd immunity would arrive by April, and that rising case numbers can be dismissed as deaths continue to decline. “Experts should level with the public,” he said.

Already, at least 7 states – South Dakota, North Dakota, Rhode Island, Arizona, Oklahoma, Utah, and Tennessee – are already on the cusp of herd immunity. The real answer, of course, is that projections can vary widely – and nobody knows what the future may hold.