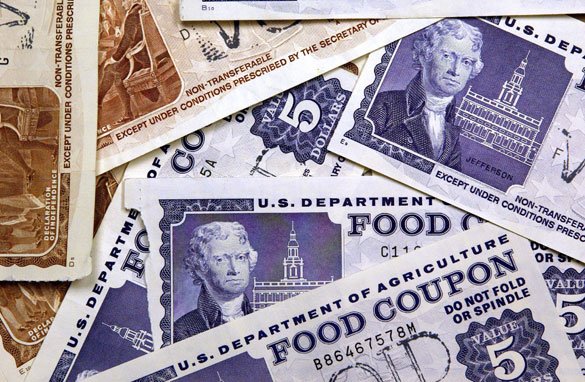 WASHINGTON (Reuters) – A record 31.8 million Americans received food stamps at the latest count, an increase of 700,000 people in one month with the United States in recession, government figures showed on Thursday.

Food stamps, which help poor people buy groceries, are the major U.S. anti-hunger program, forecast to cost at least $51 billion in this fiscal year ending September 30, up $10 billion from fiscal 2008.

The average food stamp benefit is $115 a month for individuals and $255 a month per household. (more at Reuters..)

We lost over 600,000 jobs in February (the numbers come out tomorrow) – and 700,000 food stamp recepients were added just last month. Do you see the correlation? Expect to see about 6 million people laid off this year, and who knows how many more next year. Before this is said and done, we will see near Great Depression-like numbers. If inflation kicks in, coupled with higher food costs due to increased taxation and costs for agriculture producers, a $255 per month alotment in 2012 might only buy a few days of food.