The absurdity of government knows no bounds.

If the Supreme Court upholding Obamacare left Americans with any doubts we are officially living in a debt-fueled social welfare state, the Obama Administration recently spent three million dollars to convince us we will all live healthier lives if we sign up for food stamps.

Woman #1: “I wonder how she stays so fit, what’s her secret?”
Woman #2: “Well she told me that food stamp benefits help her eat right, and she stays active too.”

Video via The Daily Sheeple:

For years, First Lady Michelle Obama has been promoting fitness and healthy eating, and now with tax payer help she may finally achieve her goal. 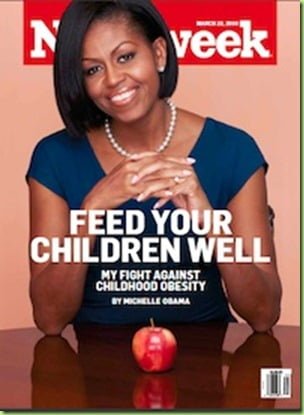 Based on the government’s new advertisements, one would assume that food stamps provide enough benefits for a family accepting SNAP assistance to purchase high quality, low fat, chemical-free foods that may include items such as organic milk and cheese, fruits, vegetables, fresh baked whole grain bread and nuts.

For the realists out there, who understand that food stamps provide about $500 a month to a family of four, and that “healthy foods” actually cost significantly more than Frankenfoods loaded with high fructose corn syrup, sodium and a host of other preservatives and FDA approved chemicals, it’s safe to say that it’s near to impossible to maintain a healthy diet with existing government food rations.

If you’ve visited your local grocery store lately you know very well that $500 per month (especially for a family with children) will allow you to purchase only the basic essentials, and usually the highly discounted foods. And those foods are often the least healthy option available.

With the price of food steadily rising as a result of inflation and the entrance of emerging economies into the middle class, low income Americans will continue to suffer at grocery counters, finding it more and more difficult to acquire high quality health foods.

One thing has become quite evident: As people are economically forced to consume more low quality, high fat foods, the rate of obesity in America continues to rise.

These statistics, coupled with the seemingly never ending increases in nutritional assistance participation, suggests that food stamps may actually have the opposite effect as what is stated in the Department of Agriculture’s advertisements. 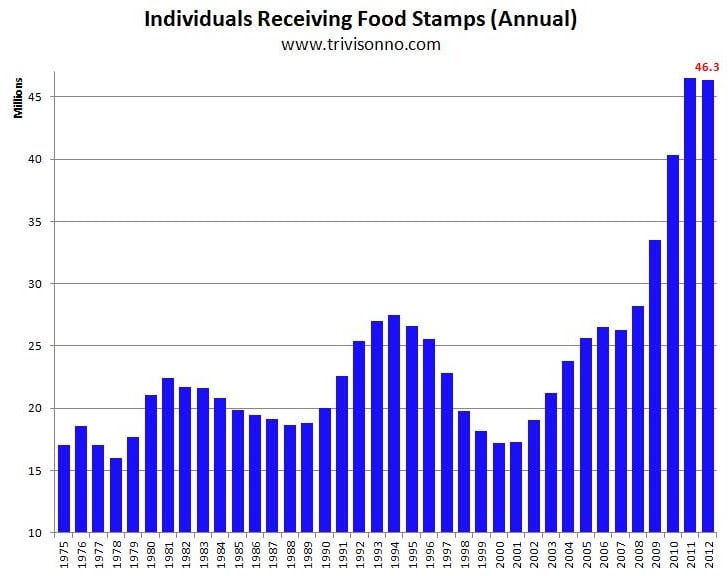 Whether the anecdotal evidence above is indicative of a long-term trend or not, we can safely assume that during President Bush’s term, and more so under President Obama, Americans have become increasingly dependent on government assistance for food.

President Obama is certainly breaking records when it comes to the impoverishment of the American middle and working classes.

This is what he must have meant when, during his 2008 campaign speeches, he told us that he would fundamentally change America.