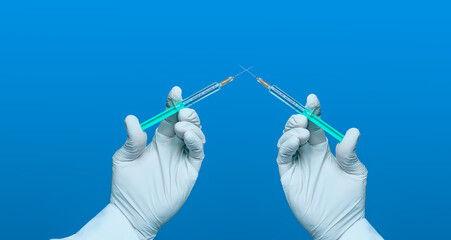 This article was originally published by Rhoda Wilson at The Daily Expose.

The goal of Covid “vaccines” could never have been to prevent infection. An infection could only be prevented if the antibodies created by the injection were perfect and able to recognize all parts of the virus. But they don’t. They only recognize the spike protein. Therefore, injected people will continue to get infected and display symptoms, sometimes more severe symptoms due to Antibody-Dependent Enhancement (“ADE”).

The flu shot they are trying to talk you into getting uses the same idea. They are injecting you with the spike protein on the flu virus.  The quadrivalent shots inject you with 4 different spikes, each from 4 different strains.

Below is an article by Dr. Kevin Stillwagon which is written in the context of the USA.  In the UK, quadrivalent flu vaccines are also being given to the adult population.  All of the injectable flu vaccines offered in the UK are made by the same company, Seqirus, referred to by Dr. Stillwagon.  This is no surprise as Seqirus is one of the largest flu vaccine providers in the world.  It is owned by Commonwealth Serum Laboratories (“CSL”) which is incorporated and has its head office in Australia.  CSL’s top shareholder is Vanguard.

All viruses must attach to specific receptors on the barrier between the outside and the inside of our bodies before they can get in. It’s called the epithelium, and it covers your respiratory tract, intestinal tract, urinary tract, reproductive tract, eyes, tear ducts, ears, and eustachian tubes. You might think some of these parts are on the inside of you, but they are technically on the outside because they are exposed to the environment.

When the viruses attach to the receptors, they do so by using a SPIKE PROTEIN. Some of these spike proteins have fancy names. The spike protein on the flu virus is called hemagglutinin. After the viruses attach using their spike proteins, the cells can pull the viruses in and make more copies. If the copies get released into your blood and lymph and tissue spaces, you are now considered to be infected. The only way to stop this from happening is to prevent the virus from being copied and released at the epithelial barrier. This is done by cells of the innate immune system without involving serum antibodies (the ones in your blood). It can also be done by special mucosal secretory IgA antibodies that result from natural exposure to viruses moving through that epithelial barrier. IgA antibodies are on the outside of you and cannot be produced by injecting something into your body, bypassing the epithelial barrier.

Somebody got the bright idea that if we induce the cells of the body to make the spike protein, the adaptive immune system will make antibodies against it. Well, it most certainly does do that, no matter what you inject, even dirt. The idea is, those antibodies and the memory to quickly remake them would be in the blood so that when you get infected by viruses the antibodies will grab onto them and prevent them from entering the cells inside of you, along your blood vessel walls and the tissues they supply. Did you catch that? The serum antibodies can only react to the infection, never prevent it from happening.

The goal of the shot and Fauci finally admit this, is to somehow lessen the duration and severity of the disease symptoms AFTER you get infected. The goal never was to prevent the infection. This idea would work if the antibodies created by the injection were perfect and able to recognize ALL parts of the virus. But they don’t. They only recognize the spike protein. Unfortunately, the spike protein continuously mutates by nature, so the specific imperfect suboptimal antibodies created by the shot do not recognize it anymore. Therefore, injected people will continue to get infected and display symptoms, sometimes more severe symptoms due to ADE (Antibody-Dependent Enhancement).

The flu shot they are trying to talk you into getting uses the same idea. They are injecting you with hemagglutinin, the spike protein on the flu virus. The quadrivalent shots inject you with 4 different spikes, each from 4 different strains. All the package inserts for the current flu shots admit that this idea does not prevent you from getting the flu. This one is from AFLURIA QUADRIVALENT made by Seqirus: “Specific levels of hemagglutination inhibition (HI) antibody titres post-vaccination with inactivated influenza vaccine have not been correlated with protection from influenza virus.” https://www.fda.gov/media/117022/download

But it’s worse than that. Hemagglutinin binds to sialic acid on red blood cells causing them to clump together. Clotting. Sound familiar?