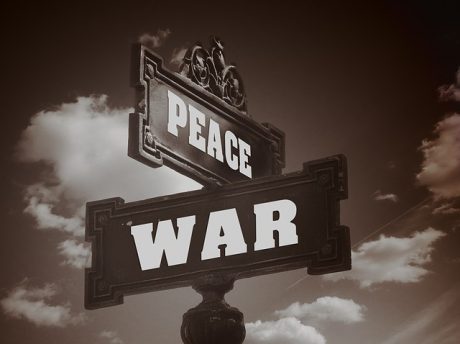 In a decision bound to have far-reaching effects, President Trump announced that the United States would be recognizing Jerusalem as the capital of Israel. Furthermore, he also stated his intentions of placing an American embassy in the city. The Iranian President Hassan Rouhani has already weighed in on this, and said that such a move by President Trump would not be tolerated.

It is difficult to address such an issue in a non-didactic manner that blends theological implications, but there is more at stake here than this being a theological debate, or simply a conflict between Christianity, Muslims, or Judaism, or an “end of days” issue.

Politics is statecraft and stagecraft, and this decision has infuriated the Iranians and will potentially provoke them into activity: the invasion of Iran has been desired for three administrations.

Obama intended to overthrow Assad in Syria for many reasons: to ingratiate himself to the House of Saud (as the Saudi Arabians hate Assad), to control Northwestern Syria and run a natural gas pipeline through it from Qatar to Europe, and to secure a foothold with which to invade Iran. The Russians have had other plans: Gazprom was the target regarding the Qatar natural gas pipeline, and the Russians reacted by bombing ISIS (an Obama creation) and securing Syria for Assad.

The Iranians have plans of moving their fleet into the Atlantic and eventually operating (sometime next year) near Cuba, and in South America in support of Venezuela and Bolivia (led by Maduro and Morales respectively). The Iranians have been working with North Korea for years on missile technology exchange. Iran has several projects that have commenced with Russia and China as partners regarding development of their nuclear power facilities.  Iran is a “flash point,” simply for the fact that the United States has been their stated enemy for decades, and tensions will rise with this decision of the President’s regarding Jerusalem.

In the meantime, Venezuela has been accused over the past several months of human rights violations against its citizens by the U.S. and other nations. Venezuela has responded by placing an embargo on the acceptance of dollars for its oil. This is significant, as Venezuela is the 11th largest producer in the world. Obama in March of 2015 signed an order declaring Venezuela a threat and a violator of human rights.

North Korea has been the primary focus for some time, now, and the crisis is worsening because North Korea will not back down nor relinquish its nuclear weapons. There is a point I wish to mention that has not really been considered fully, nor has it been mentioned. The Koreans are a tough and tenacious people, and they fought hard against the United States the first time around (a war that never officially ended). Why are people under the assumption that they’re just going to lay down and throw up their hands when the hostilities start?

These countries mentioned have been revolving their defensive/offensive doctrines around low-cost systems with high return in terms of effectiveness. As you can research by pulling up reports from the (now disbanded and defunct) Commission to Assess the EMP Threat Against the U.S., written by Dr. Pry and Dr. Graham, the central focus of North Korea and Iran’s nuclear missile programs revolves around an EMP (Electromagnetic Pulse) strike against the U.S.

In true “David-Goliath” fashion, there are plenty of instances throughout modern history where the lightweight has danced around the heavyweight and brought him to the canvas. The Soviet Union ended partially because of their involvement in Afghanistan, where they lost. We did not learn the lesson and are still enmired in Afghanistan. The French lost to the Viet Minh, and withdrew. The U.S. took up the reins and fought the Viet Cong and the NVA regular. We ignored what we could have learned from the French, and ended up withdrawing from Vietnam as they did.

Force projection and the promulgation of imperialism can work, but only for a time. Eventually all great empires have fallen: they rotted from within, and the rot was “augmented” by attacks from without simultaneously that rang their death knells. We are no different than these great empires of the past: long past our peak, we have been in steady decline for decades. The Lilliputians, meanwhile, are awaiting their moment to tie Gulliver down. Each one of those countries represents a flash point that can set off a much greater chain of explosions, leading to a world war.