“F**K Freedom of Speech”: Crazed Leftist Steals MAGA Hat, Claims Speech Is Genocide And that Trump Supporters Need To Be Gotten Rid Of 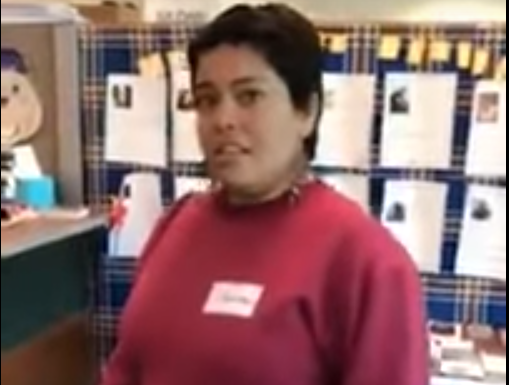 A Trump supporter attending the University of California, Riverside had his “Make America Great Again” (MAGA) hat stolen from him by a crazed leftist who then went on a psychotic rant that attacked everything from the very idea of free speech to the existence of too many white people in the country.

The shocking video, first released by Campus Reform, began with Trump supporter Matthew Vitale desperately trying to get his property back from the thief who was so lost (see crazy?) that she apparently believed that going to the school’s Student Life Department would help her cause, as if they were going to openly support her obvious crime.

After entering the department the student proceded to act like she was in the right, complaining that, “This guy thought it would be a good idea to go into a conference wearing this f***ing hat.”

“Look at the kind of sh*t he’s wearing. You know what that represents? This represents genocide of a bunch of people,” she ludicrously continued.

That’s right, in the new leftist orthodoxy, literally wearing a hat about making the country great again after years of globalist shenanigans is now openly labeled as support for genocide.

After threatening to burn the hat, the women goes on a disgusting rant against a variety of issues that most Americans cherish.

“F**K freedom of speech, it’s killing people,” she yelled as Vitale tried to explain that he simply wanted his property back and that he was only using his first amendment rights to wear it in the first place.

The so far unidentified women then continued her obvious Marxist screed, claiming that America was never great and that she has always hated the country itself.

“I f**king hate this country because we need to get rid of all ya all,” she continued.

It is unclear whether she meant get rid of all Trump supporters or all whites in general but either way these are some truly sickening, over the top comments that no one in the establishment media seems to even remotely care about.

An update to the original report by Campus Reform included a new statement from the university.

“The unfortunate incident that was recorded and shared on social media does not conform to UCR’s Principles of Community,” Director of News and Information JD Warren told Campus Reform. “Federal privacy laws prevent the university from commenting on student conduct matters but UC Riverside stands by its deep commitment to freedom of expression, civil discourse, and respectful interactions within our community.”

What the vague statement actually means remains to be seen but if the school administration did end up standing up for the Trump supporters rights you can almost guarantee that the leftist horde will soon be descending on the school.

The above exchange between an innocent student simply wearing the hat of his choosing and a crazed hyper leftist demanding censorship of ideas she disagrees with is sadly simply another example of the insanity gripping college campuses throughout the country. These universities are slowly but surely putting in different unilaterally passed “rules” that could eventually lead to the labeling of all conservative ideas as racist hate speech.