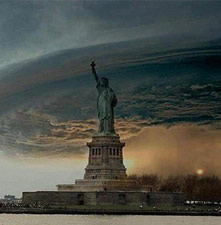 This article was originally published by M.D. Creekmore at The Survivalist Blog. 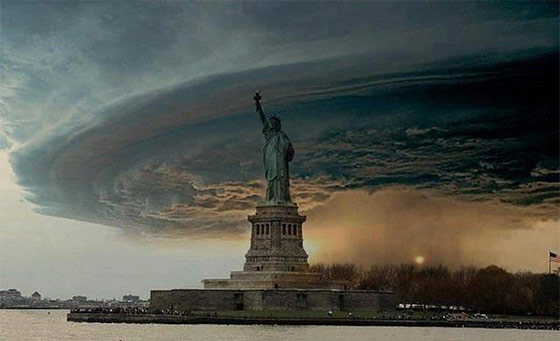 We can all agree that as president-elect Donald J Trump will have a lot to deal with when he takes over the office, and  we hope that he does well and does everything that he can to bring the country back to where it needs to be, unfortunately,  I think it is too far past the tipping point to be brought back to center.

The best that we can hope for is that president Trump will be able to cause a slow down of what’s coming thus giving us more time to prepare for what is the ineludible outcome that we will have to deal with and that is economic collapse, major terrorist attacks on U.S. soil, and eventual nuclear war with Russia…

During the coming Donald J Trump presidency, I look for a HUGE increase in terror attacks on U.S. soil by ISIS as well as from the domestic far left (such as BLM). As we know the U.S. Government acting under the Obama regime has been funding, arming and supporting ISIS in Syria and in other parts of the middle east. Under Obama, we have also had an open border policy and this policy has allowed hundreds of ISIS members and their supporters into the U.S. were they have been freely able to organize, plan and train.

This is why we have not seen any major attacks (like 9/11) on U.S. soil since Obama took office because the Obama regime has been supporting ISIS and their efforts in the Middle East.

When Trump takes office, the funding will stop and the support will stop. President Trump will go after their training camps in the U.S. and safe havens and they will retaliate via large-scale attacks here in the U.S. via mass shooting, bombing, and other tactics that will result in hundreds if not thousands of Americans being murdered. I also look for far-left domestic terrorists to plan and perpetrate similar attacks but on a smaller scale.

2. Trump Will Flip-Flop And Call For And Or Support “Assault Rifle” And Full Capacity Magazine Bans  After Another Mass Shooting

I’m sure that this prediction will ruffle a lot of feathers and I hope that I’m wrong, after all, I did vote for Donald J Trump, but I only did so for one reason and that is that I knew he had to be a better choice than Hillary Rodham Clinton.

A turnip would have been a better choice than Hillary Rodham Clinton.

Okay, here it goes… I predict that if there is another mass shooting with the shooter using a semi-auto “assault rifle” with a 30 round magazine that Donald J Trump will turn on the Second Amendment, the NRA, and his voters by calling for more gun control in the form of semi-auto bans and limited magazine capacity.

Yea, I know… he said he was pro-gun and a firm supporter of the Second Amendment while he was running for office and wanting your vote… but he wasn’t always a supporter and in the past has openly called for semi-auto bans and for limiting magazine capacity.

In his book “The America We Deserve” Donald J Trump wrote: “I generally oppose gun control, but I support the ban on assault weapons and I support a slightly longer waiting period to purchase a gun.”

I know a lot of folks will argue that he has changed his views on gun control and an “assault weapons” ban… well folks, he has changed his stance on a number of key issues over the years and who can guarantee that he won’t change it back again when the body count goes up after another mass shooting…

I hope that I’m wrong, I really pray that I am on this one, but I think that if put under pressure by perceived public and media outcry on the issue such as would be the case after another major mass shooting that he will flip-flop again on the gun control/ban issue and call for more gun laws and or complete bans on certain firearms and limiting magazine capacity.

3. Another Cold War That Could Turn Hot

We were told by the mainstream media that Trump is a puppet for Putin and the Russians and that Russia hacked the election which resulted in a Donald J Trump victory – all nonsense and government propaganda coming for the Obama regime and the controlled media of course, but that doesn’t stop the sheeple from believing such B.S. because unfortunately, they believe everything they are told on the nightly fake news broadcasts coming from the mainstream media.

I think that President Trump will be extra stern and un-wilding toward Putin and Russia to prove the mainstream media wrong in regard to their claims of him being a puppet for Putin and the Russians.

Also, both Trump and Putin are hard headed egotistical personalities and both want the best for their country and both countries want to be the main dominating world superpower and will do what it takes to reach that point of power and influence.

Heck, it looks like a new nuclear arms race is already underway and Trump hasn’t even been sworn in yet… Trump, Putin both seek to boost their nuclear capability.

4. No Decrease Of Illegal Domestic Spying On U.S. Citizens And Most Likely An Increase Instead

I don’t see any decrease or roll back of any of illegal domestic spying on U.S. citizens under a Trump presidency and most likely we will see an increase and of course, just like under Obama it will be deemed as necessary for our “protection” from the “terrorists” the same terrorists that the government should be watching, arresting and or exporting back to whatever craphole they crawled out of.

Trump has already called for “closing off parts of the internet to limit militant Islamist propaganda” whatever that means and urged a boycott of Apple products over the company’s refusal to help the FBI unlock an iPhone associated with last year’s San Bernardino, Calif. shootings.

And let’s not forget that he supports the unconstitutional stop and frisk policy and a mandatory death penalty for anyone that kills any law enforcement officer. The later is very dangerous and naive because such cases should be judged on a case by case by basis… i.e. what if the police officer was trying to kill you because his wife left him for another man and the officer thinks that you’re him during a traffic stop and just wants to end you for it and you have to defend yourself with deadly force against the law-enforcement officer – should you get the death penalty for defending yourself just because your attacker wears a badge… No, you shouldn’t – each case should be tried on an individual basis…

“I imagine (Trump) is going to be a guy who is probably going to mandate backdoors,” said Hank Thomas, chief operating officer at Strategic Cyber Ventures and a veteran of the National Security Agency. “I don’t think he’s ultimately going to be a friend to privacy, and the fearful side of me says he will get intelligence agencies more involved in domestic law enforcement.”

Right now, even before Trump has taken office the stock market is up and there have been reports of companies who are planning to move back to the U.S. from abroad and of others who are postponing company moves since Donald J Trump was elected and I think that if not for the agenda of TPTB that Trump might be able to postpone the coming economic collapse. However, TPTB and the far political left want Trump and the “Trump movement” to fail and they will do everything in their power to see that that happens even if that means collapsing the economy (or starting a nuclear war with Russia).

The powers that be (TPTB) do not want a strong, United States of America because a strong U.S.A. will stand in the way their plans for a one world government. The U.S. and world economic system are set up to crash and those holding the strings can crash it at any point in time that they see fit and what better time than during the Trump presidency…

And in the words of Michael Snyder from the economic collapse blog “The truth, of course, is that the result of the election did not somehow magically alter the outlook for the U.S. economy” and that my friends is the fact no matter how hard to swallow. We are still nineteen plus trillion dollars in debt and that debt figures out to be more than 110% of total US GDP.

The statement below from thelastgreatstand.com sums up the current economic situation and eventual outcome realistically…

“Trumphoria,” a phenomena describing people who were once preparing for the impending global collapse, but have somehow been duped into believing that a Trump presidency can turn around decades of poor monetary policy. Those people are sorely mistaken! That’s not a knock on Trump’s ability either. The simple fact is that our nation has accumulated the largest mountain of debt the world has ever seen, and as Dr. Willie explains, our status as the World Reserve Currency is almost at an end.

The best outcome President Trump could hope for, would be to prolong this debt bubble for as long as possible, but that would make the ultimate outcome even worse. On the other hand, he could try to deal with the crisis right away, but that would mean an extraordinary amount of pain for the whole country, something he’s not likely willing to do for political reasons, regardless of how much it would help in the long term.

I predict that the economy will collapse during Donald J Trump’s term as president – whether by design and on purpose by TPTB or under the massive amount of debt that just keeps growing, the economy is going to crash and it will do so while Donald J Trump is in office.

The U.S. economy will crash under Donald J Trump, not because of him or his policies but because it’s already crashing. We have already passed the point of no return and there isn’t anything President Trump or anyone else can do to stop it (slow it down maybe, but not stop it) and combine that with the fact that TPTB aka the Globalists want Trump to fail and we have nearly a 100% probability that the economy will collapse under Trump.

Okay, agree or disagree those are my top five predictions for the Trump presidency. Please leave your thoughts and comments below…

This article has been generously contributed by M.D. Creekmore and The Survivalist Blog.

M.D. is the author of several books including The Prepper’s Guide to Surviving the End of the World, as We Know It: Gear, Skills, and Related Know-How and The Dirt Cheap Survival Retreat