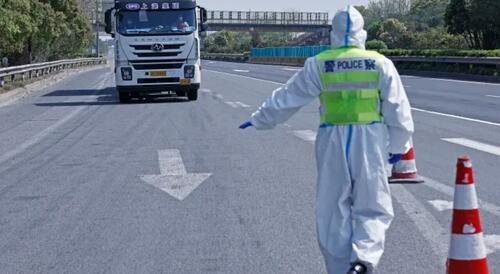 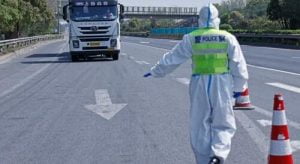 Fifteen new “cases” of the Wuhan coronavirus (Covid-19) in Beijing have prompted Chinese officials to freak out and drop hints about imposing another round of lockdowns in the capital city.

Potentially following in the footsteps of Shanghai, Beijing officials are reportedly poised to force everyone to stay at home throughout the city after 15 people tested “positive” for Chinese Germs via fraudulent PCR tests.

The Chinese Communist Party’s (CCP) government-run media outlet South China Morning Post reported that the situation is somehow “urgent and grim” because of these 15 new “infections.” And the only way to “cure” it, the CCP maintains, is to keep everyone locked inside their homes without food.

Twelve of the 15 “cases” occurred in Beijing’s Chaoyang district, located on the city’s east side. Two others were in Fangshan to the southwest and the last remaining case is in Shunyi to the northeast.

Nine of the cases are students from a local school, while one is a courier working, according to the local municipal government, which is now planning to mass test senior citizens and construction workers who were in the vicinity where the largest “cluster” was identified.

China is the land of tyranny

While Beijing has not yet fully locked down, some are expecting the city to follow the lead of Shanghai, which is starving its citizens to death and tyrannizing them in the streets.

For the past month, Shanghai has been suffering under a total government lockdown, which is so harsh that some residents are hanging themselves or jumping out of buildings to end their misery.

Beijing CCP boss Cai Qi, along with mayor Chen Jining and other city leaders, recently convened to discuss similar plans for Beijing, according to Beijing Daily.

“The meeting pointed out that our city [Beijing] had suddenly recorded some cases and many transmission chains were involved,” Beijing Daily reported. “The risk of further hidden transmission is high. The situation is urgent and grim.”

Back in mid-March, the southern Chinese tech hub of Shenzhen imposed a week-long lockdown after reporting about 60 new cases of the Chinese Disease.

The latest reports already suggest that Beijing is expanding its mass testing protocol to include everyone in Beijing, and not just the elderly and construction workers.

With a population of 21 million people, fraudulent PCR test kit companies are about to see another windfall as residents are swabbed and probed in search of the BA.2 “subvariant” of the Omicron (Moronic) “variant” of the Fauci Flu, which is said to be circulating.

Because China still has a “zero covid” policy, there can never be even a single fraudulent case of the Wuhan Flu at any given time. If even one is detected, the CCP will punish entire cities or even the entire country if necessary to contain the “threat.”

News about the impending lockdown sent Beijing residents into a tailspin as they snapped up rice, noodles, vegetables, and other food items in a panic. This left many store shelves empty, creating even more panic for other residents.

Testing tents appeared overnight all across the city to accommodate the new measures, and residents and workers alike lined right up, just as they did in 2020 and 2021, to get swabbed and probed.

“Starving rebellious regions is a common tactic of communist regimes,” wrote someone at Natural News about the situation in Shanghai, which is where Beijing could also be headed.

“I doubt the lockdown has anything to do with covid. The numbers don’t justify it at all.”

“This is the sort of thing that ends governments,” wrote another. “Even the CCP is not invulnerable.”