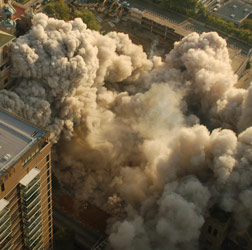 Job losses across America continue to mount, housing is topping and recent reports from some of the nation’s leading retailers show that there has been no real, sustainable recovery since the crash of 2008. This, according to trend analyst Daniel Ameduri of Future Money Trends, is why nothing the Federal Reserve does with interest rates in December will make any difference for our overall long-term prospects.

But, as Ameduri notes in a recent interview with Kerry Lutz of the Financial Survival Network, there is one particular move that would amount to nothing short of economic suicide and a rapid destabilization of the system:

I just don’t see rates going up (meaningfully) until way into the 2020’s or even the 2030’s. The biggest thing to point out to people who think that rates are going up is because that is a suicide move.

Watch the full video to learn more about the shadow statistics the government refuses to share, what to expect as these trends come to pass and how to prepare for an unprecedented financial collapse:

With interest rates so low and almost into negative territory (wherein you’ll actually have to pay your bank to allow you to deposit money) any upward adjustment by the Federal Reserve will have immediate and widespread consequences.

Consider what would happen to any U.S. household that saw its monthly debt payments jump from 15% of their monthly income to 30% or more.

The financial collapse would be nearly instant.

This is exactly what we can expect should the Federal Reserve raise interest rates.