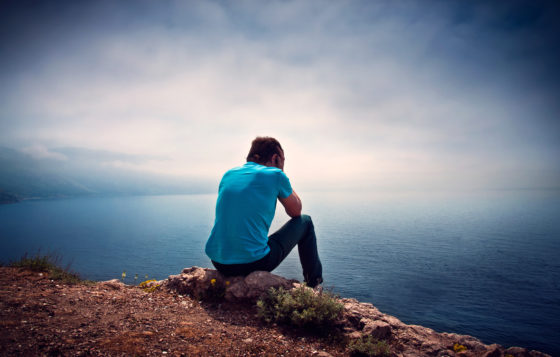 Does anyone else in your life share your concerns for the future?

Is there someone you talk with regularly about the unsustainability of our current economic and ecological trajectories?

Do you have friends and/or family members who support your efforts to develop a more resilient lifestyle?

If you answered “no” to these questions, you’re not an outlier. In fact, the #1 most commonly-reported complaint we hear from Peak Prosperity readers is that they feel alone and isolated when it comes to the warnings delivered in The Crash Course.

The end of economic growth. Declining net energy. Accelerating resource depletion. These are MASSIVE existential threats to our way of life — to our species’ survival, even. Most PPers can’t comprehend why *everyone* isn’t obessively talking about these dangers.

But very few people are. Truthfully, most don’t want to; for a wide variety of reasons.

So that leaves us, the conscientious critical thinkers, alone by ourselves to worry and plan.

Does this sound like you? If so, read on…

Until just recently, historically-speaking, humans typically existed in small tribal groups of 30-60 people, where the degree of unity and cohesiveness of the group directly determined its odds of survival. Facing constant adversity from the weather, predators, other tribes, etc — every member of the group had a role and a duty to perform.

We’ve delved into this topic deeply in the past, particularly in our podcast with Peabody Award-winning author Sebastian Junger.

In his book Tribe, Junger observes how far modern life is from the conditions our distant ancestors evolved from. We are so dis-connected from each other now that the lack of community is manifesting in alarming ways in today’s society.

Junger focuses on the challenges that soldiers, Peace Corps volunteers, war refugees, and others who have similarly banded together under adverse conditions — as our distant ancestors did — face when re-integrating into peaceful, civilian life. Depression, addiction and suicide are all-too common responses as they struggle to find meaning in their daily lives, which now feel unfulfillingly superficial and lonesome compared to the “real-ness” and “alive-ness” they’d experienced before.

Despite the often-horrible conditions they were subject to, many guiltily admit to Junger that they preferred life under duress — facing threats like bullets, disease, or cancer. What does that reflect about quality of life in our current society?

In the case of US veterans, they’re committing suicide at the rate of over 20 deaths per day — nearly one every hour. And they’re dying of opioid drug overdoses at twice the rate of the civilian population. While there are many reasons behind this, Junger is convinced from his research that “leaving the tribal closeness of the military and returning to an alienating and bitterly divided modern society” is a root cause.

An Epidemic Of Loneliness

This alienation and division isn’t only being felt by veterans.

In a world of digital devices and social media, our interaction with other humans is becoming increasingly virtual. In the sprawl of suburbia, we live in densly-packed cul-de-sacs yet hardly know our next-door neighbors’ names. The fast-growing wealth gap is forcing the 99% to work harder just to make ends meet, leaving little time left in the week for socializing or family interaction.

The US is now experiencing an “epidemic” of loneliness, according to a study released by Cigna last month. Perhaps not surprising given that their cohort is the first to grow up with smartphones in hand, those in Generation Z are the worst off:

The index, which surveyed over 20,000 U.S. adults, found that nearly half of survey respondents reported sometimes or always feeling alone (46 percent) or left out (47 percent) and younger generations feel much lonelier than older ones.

For Cigna’s report, survey respondents were evaluated on their loneliness using the UCLA Loneliness Scale, a 20-item questionnaire that was developed to assess subjective feelings of loneliness and social isolation.

“While we know that this is a group that is making life changes, these findings give us a surprising understanding of how this generation perceives themselves,” Douglas Nemecek, M.D., chief medical officer for Behavioral Health at Cigna, tells CNBC Make It in an email. “It’s something that we need to explore to understand how we can address it. And that’s what we’re planning to do.”

If you’re a parent to any Gen Zers, this photo really hits home: 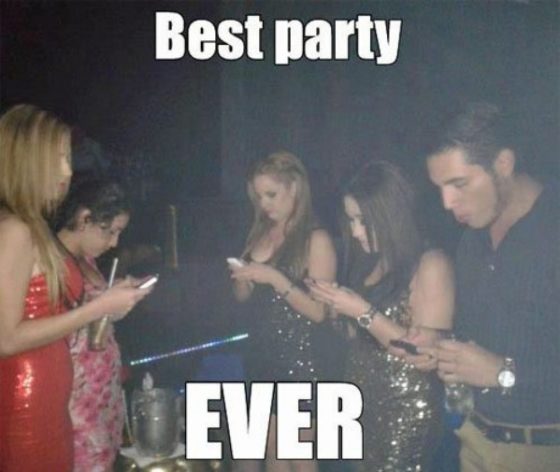 The ramifications of living life through the filter of social media are beginning to become clear.

A recent study by Harvard Business Review confirms what most parents have long suspected: the more we use Facebook, the worse our reported physical health, mental health and life satisfaction. Even top former executives from Facebook have gone public with their fears that it’s “ripping apart society” by “exploiting a vulnernability in human psychology”.

But it’s not just the youth suffering. According to former Surgeon General Vivek Murthy, at least 40% of all American adults report feeling lonely, with reported loneliness rates doubling since the 1980s:

There is good reason to be concerned about social connection in our current world. Loneliness is a growing health epidemic. We live in the most technologically connected age in the history of civilization, yet rates of loneliness have doubled since the 1980s. Today, over 40% of adults in America report feeling lonely, and research suggests that the real number may well be higher. Additionally, the number of people who report having a close confidante in their lives has been declining over the past few decades.

During my tenure as U.S. surgeon general, I saw firsthand how loneliness affected people of all ages and socioeconomic backgrounds across the country. I met middle and high school students in urban and rural areas who turned to violence, drugs, and gangs to ease the pain of their loneliness. I sat with mothers and fathers who had lost sons and daughters to drug overdoses and were struggling to cope alone because of the unfortunate stigma surrounding addiction. And I met factory workers, doctors, small business owners, and teachers who described feeling alone in their work and on the verge of burnout.
During my years caring for patients, the most common pathology I saw was not heart disease or diabetes; it was loneliness.

How concerned should we be about this loneliness epidemic?

Medical research shows a direct and pronounced link between social isolation and early mortality. Here’s a scary set of statistics:

In order to improve the situation, it’s important that we understand what our loneliness is trying to tell us.

Sadly, in our current society, loneliness comes with a lot of shame. That if we’re not popular, if we’re feeling apart from others, then something is wrong with “us” (vs our culture).

That leaves many of those feeling lonely to suffer in silence and to withdraw further, worsening the situation.

We feel shame around being lonely (as if feeling lonely means there’s something wrong with us), even when it’s caused by grief, loss, or heartbreak. This isn’t just sad – it’s actually dangerous. We’ve evolved to react to the feeling of being pushed to the social perimeter by going into self-preservation mode: when we feel isolated, disconnected, and lonely, we try to protect ourselves. That means less empathy, more defensiveness, more numbing, and less sleeping. In this state, the brain ramps up the stories we tell ourselves about what’s happening – narratives that often aren’t true and exaggerate our worst fears and insecurities.

This withdrawal away from the world is exactly what we DON’T need when we experience loneliness, warns University of Chicago neuroscientist John Cacioppo.

His research supports Junger’s claim that humans are hard-wired for community; that “our neural, hormonal, and genetic makeup support interdependence over independence”.

To Cacioppo, the feeling of loneliness is simply another way our body tells us we’re becoming deficient in a critical nutrient — just as thirst and hunger do. In his mind, “Denying you feel lonely makes no more sense that denying you feel hunger.”

So when we feel lonely, we need to recognize that signal for what it is. And just as feeling hungry sends us shuffling off to the pantry, feeling lonely should motivate us to make an effort to engage directly with others. We need to fight past the things that tempt us to retreat inwards —  such as our current culture’s norms of shame and the false sense of connection/relief that digital media offers.

So how can the lonely find connection?

Well, first, it’s important to understand that when it comes to social connection, quality of relationships matters more than quantity.

As Susan Pinker details in her book The Village Effect, you don’t have to be a social butterfly to experience the benefits of connection; you just need a few relationships that actually matter. But they have to be face-to-face, in-the-flesh interactions.

OK, so how does one go about creating these kind of face-to-face interactions?

Glad you asked. Here are several resources that offer specific guidance for doing just that:

In addition to the above, Chris and I are continuing to do our best to create opportunities for the like-minded PP crowd to convene in person. Consider coming to our annual Seminar in California next year, or attending one of our 1-day city Summits  — our next one will be in New York City in September (details to be announced on this website soon). Over the years, these gatherings have spawned many great friendships.

And in the meantime, if you’re feeling weighed down by loneliness, or the angst of being the only one you know who “gets it” when it comes to the material we discuss on this website, we recommend considering seeking the guidance of a professional therapist who understands the Peak Prosperity mindset. We’ve seen it work wonders. If you’re having trouble finding one, here’s a therapist we refer people to (full disclosure: she’s my wife!).

Lastly, while not “in-the-flesh”, we’ve built a very special online community here at PeakProsperity.com, where truth-seekers and action-oriented people from all over the world gather to exchange ideas and engage constructively with one another. If you’re feeling isolated in your life, lean into this community. Share your thoughts. Reach out. 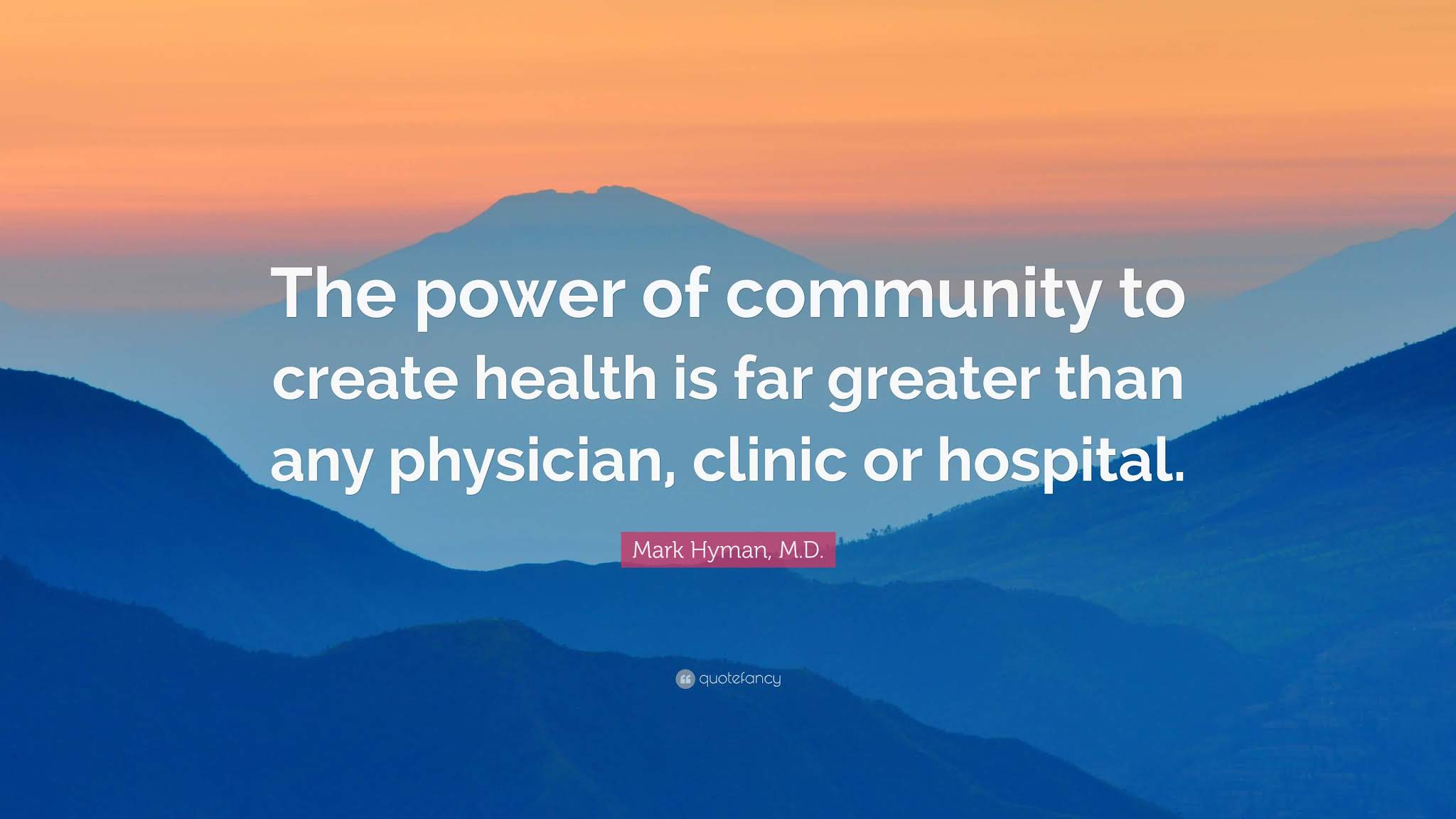