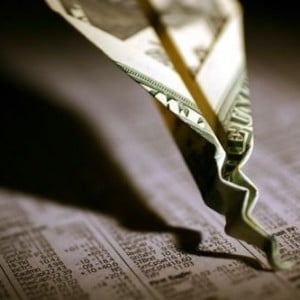 Yet another voice has warned that the world teeters dangerously close to a repeated and prolonged financial disaster.

With everything so connected, trouble in China means contagion in the rest of the global market, according to David Stockman, a former U.S. Representative, Reagan’s Director of the Office of Management and Budget and an investor for several major Wall Street firms.

David Stockman has long warned that the stock market is on the verge of a massive collapse, and the recent price action has him even more convinced than ever that the bottom is about to fall out.

Stockman… believes that the excessive monetary policy from central banks around the world has created a “debt supernova,” and all the signs point to “the end of the central bank enabled bubble,” which could cause a worldwide recession.

“The larger picture has nothing to do with the jobs report [Friday] or even the September decision by the Fed,” said Stockman. “It has to do with the the fact that the world economy, including the U.S., is heading into what is clearly going to be an epochal deflation to the likes of what we have never experienced in modern time.”

According to Stockman, the global economy since the 2008 collapse has hinged on China’s investment, but they are now in the midst of a massive collapse.

Stockman joins the same chorus that numerous other experts have been warning about, that a stock market crash is perhaps imminent, and that the system is fatally flawed. Author Michael Snyder listed nine experts making these statements only days ago.

A large part of the problem, as many financial gurus see it, is that the Federal Reserve has already driven the economy to the brink with major distortions of asset values and huge bubbles that appear to herald good news right before they explode into disaster:

For Stockman, there’s no reversing the artificially inflated bubbles created by the Federal Reserve. “I think what we are seeing is the beginning evidence that the central bank-driven credit economy is over and we are in a new era,” said Stockman. “It’s a huge disaster waiting to happen.”

Tens of millions of unemployed Americans, tens of millions of those dependent on welfare and the millions struggling to make ends meet with low paying and part time jobs are already feeling the crunch as things stand now.

QE3 has been stretched to the max, and the only incentive keeping things going doesn’t know how to change course without capsizing the boat. Janet Yellen and co. have been debating for months now how to gently turn the knob.

When the Fed’s free money and artificial stimulus turns off, or slows down, everyone is going to feel it in a major way.

If these experts are right, we’re in for a bumpy ride.