FDA Attacking The First Amendment: Is The Constitution Going Up In Vapor? 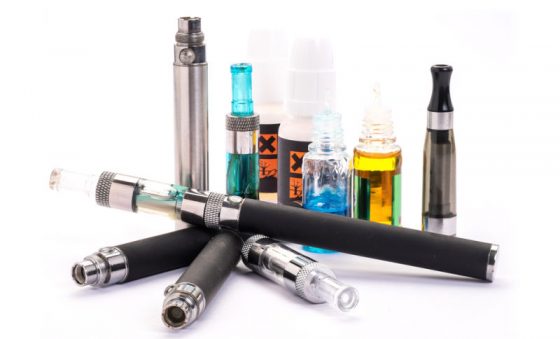 Is The Constitution Going Up In Vapor?

According to the Pacific Legal Foundation, it most certainly is, literally.

PLF has filed a lawsuit against the unconstitutional Food and Drug Administration over what is being promoted as a healthy alternative to smoking.

It’s a product that has been sweeping the nation for a couple of years now, and it called vaping.

Part of the claim is that the FDA devised a rule against vaping that appears to clearly attack the First Amendment by regulating what can be said about a product, even if those claims are true.  Take a look at this short video.

Electronic nicotine delivery systems—vaping devices and e-cigarettes—first hit U.S. stores in 2007. It didn’t take long for vaping to jump from zero to a $5 billion domestic industry, as entrepreneurs quickly recognized a market hungry for an alternative to traditional cigarettes.

In 2016, just as the burgeoning vaping industry was getting off the ground, the Food and Drug Administration (FDA) stepped in with a rule that deems e-cigarettes as tobacco products, and brand new, severe regulations that will only harm the industry and perhaps overall public health—contrary to the agency’s very mission.

Using a unique legal theory, Pacific Legal Foundation is suing the FDA in three separate federal courtrooms—at the same time—on behalf of vape store owners and a harm reduction organization in several states who want to promote a more healthy alternative to smoking.

The unconstitutional rule burdens these individuals and organizations in unique ways, but all are united in opposition to its continued enforcement.

The FDA’s regulations are not only expensive and onerous, and prevent vaping entrepreneurs from fulfilling what they believe is a humanitarian mission of helping people, but the rule was illegal the second it hit the Federal Register.

How in the world is a product that produces water vapor a tobacco product?  On what planet does that fly?  The same one that the same Communists tell us we are in the midst of global warming, over population and need a nanny state to tell us what to eat and drink.

It’s unconstitutional because only Congress has legislative authority under our Constitution.  Our Constitution doesn’t even mention an FDA, which has actually been the promoter of numerous drugs that have killed hundreds of thousands of people, according to its own website.

Here’s where the cases are taking place.

So, what is at stake in the case?

Continued infringements of the rights of the people by those who take an oath to uphold the Constitution and at every turn violate that oath cannot continue to be tolerated in this country.  We have tolerated it too long.  It’s way past time to abolish the unconstitutional FDA as strong arm of the DC government.