FBI Explains Why It Redacted The 911 Transcript – “Simply Put, You Can’t Handle The Truth” 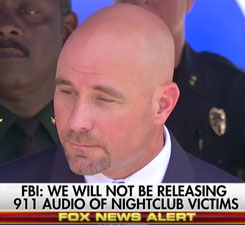 With Speaker Ryan decrying the preposterousness of redacting the Orlando shooter's 911 call transcript, The FBI has been forced to explain itself (and its Obama administration-driven political-correctness). Simply put, "you (America) can't handle the truth," as the bureau argued that letting the public hear or even read the gunman’s justification for the attack in his own words risked encouraging further attacks. 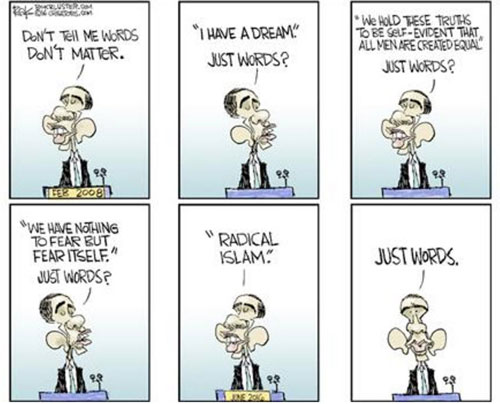 As The Intercept reports, doing nothing to advance the heated political debate over what combination of factors might have prompted Omar Mateen to open fire inside a gay nightclub in Orlando last week, the FBI on Monday refused to release the audio or a full transcript of the gunman’s phone conversations with the police during the attack.

Although it is impossible to say what was left out — and the timeline refers to more than 29 minutes of conversations that are only very briefly summarized — it is worth noting that no part of the summary released by the FBI refers to any comments Mateen might have made about hatred of the LGBT community. NPR’s Dina Temple-Raston sparked a heated backlash online when she reported on Saturday that intelligence officials and investigators were “increasingly convinced that the motive for this attack had very little or maybe even nothing to do with ISIS.”

At a news conference in Orlando on Monday morning, the assistant special agent in charge of the FBI’s Tampa field office, Ron Hopper, said that the while “the audio is compelling,” it would not be released as part of the effort not to glorify such attackers.

Pressed by reporters as to why the transcript released on Monday was partial, and edited, Hopper seemed to refer to Mateen’s words about the other attackers.

“Part of the redacting is meant to not give credence to individuals who have done terrorist attacks in the past,” he said, “we’re not going to propagate their rhetoric, their violent rhetoric, and we see no value in putting those individuals’ names back out there.”

“We’re trying to prevent future acts from happening, again,” he continued, “and for cowards like this one, people like that influence them, so we are not going to continue to put their names out front.”

You tell us – does this FBI Special Agent look comfortable with the establishment line?

Finally, as Mediaite points out, thanks to the FBI and the administration, [omitted] has suddenly become Twitter's unwitting joke of the day.

"Hello 911?"
"What's your emergency"
"The guy next to me on the plane keeps talking about omitted."#SeeSomethingSaySomething

This administration should be c[omitted].

We've always been at war with [omitted].

The Black Flag of Omitted pic.twitter.com/UecaIOrgpA

Redacting the transcript is exactly what [omitted] wants.

So, they released the 911 call for the damn gorilla debacle but won't release ISIS audio? We are so [omitted].