FBI, Coast Guard And Hazmat Teams Deployed In Search For Radioactive “Dirty Bomb” On Ship Docked At Port Of Charleston 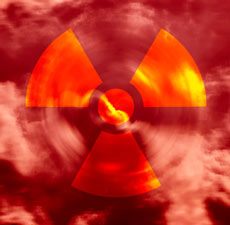 The U.S. Coast Guard, Federal Bureau Of Investigation, local police and Hazardous Materials teams are reportedly searching for an explosive device possibly containing radioactive material that may have been smuggled onto the Maersk Memphis, a container ship currently moored at Charleston’s Wando terminal.

Officials with the Coast Guard say federal and state authorities are continuing to investigate a potential threat which was reported at the Wando Terminal Wednesday night.

Coast Guard officials say the FBI is investigating a report of a “dirty bomb” aboard a vessel.

A dirty bomb is composed of conventional explosives and radioactive material.

According to emergency officials, no radiation has been found at this time.

A report by the Coast Guard states that at 8 p.m. authorities were made aware of a potential threat in a container aboard the vessel Maersk Memphis.

Official GPS tracking data for the vessel confirms the Maersk Memphis is currently docked just miles outside of downtown Charleston. 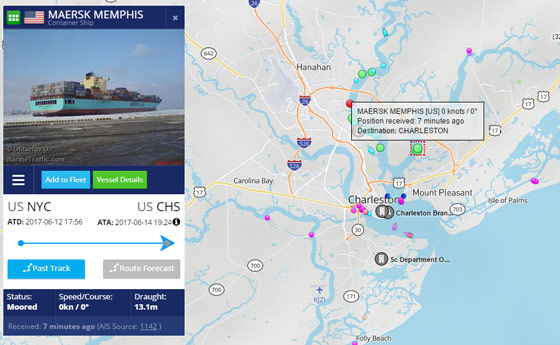 Though no additional information about the dirty bomb has been made available by officials at this time, such a device detonated in a high population density area like Charleston could spew a deadly radioactive substance into the air, potentially leading to thousands of deaths and significant environmental damage to the fall out area.

In 2015 the Federal government in conjunction with the U.S. military, State and local authorities conducted a variety of emergency drills including Operation Northern Exposure, which was designed to simulate a dirty bomb disaster and its immediate aftermath.

In 2016 the Obama administration highlighted a dirty bomb as the most likely nuclear or radiological terrorist threat faced by the United States.

In the event of such an emergency residents would likely be urged to immediately evacuate the area. But officials acknowledge that the issuance of such an order would lead to massive traffic delays across affected areas, potentially stranding thousands of people in the open as radioactive fallout spread through the air.

Emergency officials have suggested that thyroid blocking anti-radiation pills be used as a last resort in the event of radiological exposure to substances such as those that may be emitted from a dirty bomb. Life saving respiratory devices like gas masks rated for CBRN (Chemical, Biological, Radiological and Nuclear) disasters are also suggested as a means of protection from fallout during evacuations.