Farmers In America Are Killing Themselves In Record Numbers 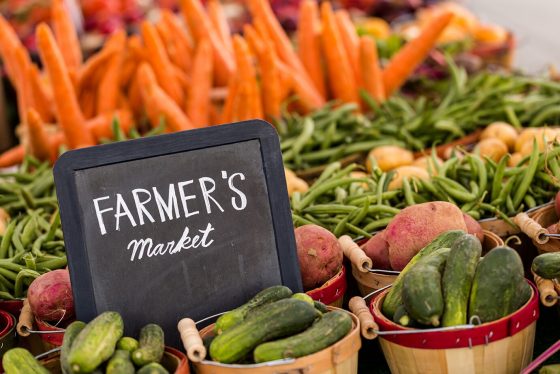 Farmers in the United States are now dying of suicide at a higher rate than any other group.  Data shows that the suicide rate in the professional field of farming, fishing, and forestry is 84.5 per 100,000 people. That’s more than five times that of the population as a whole.

Agriculture expert Chris Hurt, who is a professor of agricultural economics at Purdue University in Indiana, describes the plight facing U.S. farmers today as one of an unequal economic situation. “Think about trying to live today on the income you had 15 years ago,” Hurt said according to CBS News. Hurt believes that farmers are committing suicide because of the unequal economy that’s emerged over the past decade, combined with patchy access to health care in rural areas. These things both have had a severe impact on the people growing America’s food.

Financial difficulties continue to be agreed upon topic of concern, although that explanation remains highly speculative, most Americans don’t want to admit that the root cause of the financial burden on farmers is their own government.  Since 2013, farm income has been dropping steadily, according to the U.S. Department of Agriculture. This year, the average farm’s income is projected to be 35 percent below its 2013 level, which is a lot considering the cost of living (or inflation, often described as a “hidden tax” because it devalues your spending money ) has risen higher.

*An important note about the data compiled by the Center for Disease Control: it appears to be incomplete. The CDC looked at workers in over 17 different states, but it left out some major agricultural states, like Iowa. And the occupational category that includes these workers includes small numbers of workers from related occupational groups, like fishing and forestry. (It is important to note that the agricultural workers make up the vast majority of the “farming, fishing and forestry” occupational group.)

In the U.S., several longtime farm advocates say today’s crisis mirrors one that happened in the 1980s, when many U.S. farmers struggled economically, with an accompanying spike in farmer suicides. “The farm crisis was so bad, there was a terrible outbreak of suicide and depression,” said Jennifer Fahy, communications director with Farm Aid, a group founded in 1985 that advocates for farmers. Today, she said, “I think it’s actually worse.”

“We’re hearing from farmers on our hotline that farmer stress is extremely high,” Fahy said. “Every time there’s more uncertainty around issues around the farm economy is another day of phones ringing off the hook.” –CBS News

“The current incomes we’ve seen for the last three years … have been about like farm incomes from early in this century,” said Hurt centering the discussion around financial burdens. Since farmers are at the mercy of elements outside their direct control, from extreme weather events that threaten crops to commodity prices that offer less for farm goods than it costs to produce them.  But this is a part the government created by subsidizing some farms and regulating competition out of business or demanding farms destroy some crops to grow what the authorities demand. The added massive cost of complying with regulations is a financial burden on our farmers and most Americans simply cannot be bothered to discuss it.

“We’ve spoken to dairy farmers who are losing money on every pound of milk they sell,” said Alana Knudson, co-director of the Walsh Center for Rural Health Analysis with the University of Chicago. And why can’t they then raise the cost of a “pound of milk?”  Because of price controls dictated by the government. This problem is easily pinpointed, but no one wants to admit that the solution would be to get the government out of the farmers’ way and let them have the freedom to produce food.

And of course, the Trump administration’s trade war in the form of massive tariffs is only going to expand the problem. As America’s trading partners slap tariffs on U.S. crops, prices of food are set to be further undermined. Meanwhile, the Federal Reserve’s gradual raising of interest rates threatens the financing for many smaller farms. Unreliable finances are a major reason why three-quarters of farmers must rely on non-farm income, often from a second job.  “A lot of our farmers take out operating loans so they can buy seed, fertilizer, and spray. As we’re looking at increasing interest rates, this is going to exacerbate financial vulnerability,” Knudson said.

“Farmer stress right now is extremely high, the farm economy is very precarious and not predicted to improve in the near future,” Fahy said. “When there are steps in place to address the root cause, which is usually financial and legal, the stress becomes manageable.”

The key takeaway here is that farmers appear to be killing themselves because of the financial hardships and burdensome regulations making it impossible and far too stressful to make money farming. If the government would ever decide to get out of the way, many of the root problems that cause financial distress and poverty, and therefore suicides because of it, would both be gone.

While it’s simple to say farmers’ suicides are a result of financial hardships, it’s not so simple for most to admit that the problem is their own government and its inability to allow anyone the freedom to be a producer.

**If you or someone you know is contemplating suicide, please seek help. Text CONNECT to 741741 or call 1-800-273-8255 to reach the National Suicide Prevention Lifeline.