FAKE NEWS Photographer Admits: ‘We Lost Control Of The Narrative’ 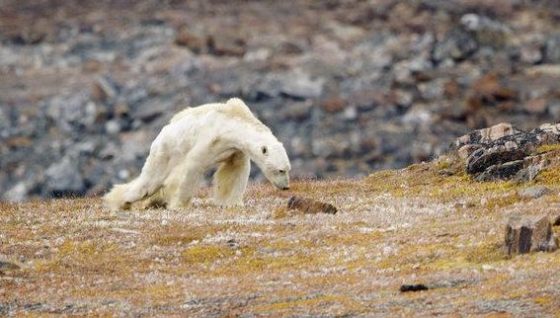 A National Geographic photographer has admitted that the viral image of a polar bear suffering from climate change is fake news almost a year later. “We had lost control of the narrative,” admitted Cristina Mittermeier, the photographer of the polar bear.

According to The Daily Wire, the magazine’s most viral video ever, which featured heart-wrenching images of a starving polar bear, perpetuated the narrative that the animal’s imminent death was caused by climate change. However, the climate change aspect of the story is void of any real evidence.   Mittermeier has now explained the climate change deception and fake news stunt National Geographic pulled in a piece titled “Starving-Polar-Bear Photographer Recalls What Went Wrong” for the magazine’s August issue.

“Photographer Paul Nicklen and I are on a mission to capture images that communicate the urgency of climate change. Documenting its effects on wildlife hasn’t been easy,” she wrote. “With this image, we thought we had found a way to help people imagine what the future of climate change might look like. We were, perhaps, naive. The picture went viral — and people took it literally.” So basically, in summation, Mittermeier admitted that the images of the bony, emaciated polar bear were meant to sound an alarm about climate change, though now she is complaining that people took the image “literally” when that was the exact fake news message she wished to convey.

National Geographic admits their mission is to propagate the minds of the public with scary images in order to call for more government control over the masses in order to confiscate even more money.  But it’s all for the greater good, right? In the video below, The Health Ranger explains how climate change alarmists have pulled off the most insane, large-scale mass hypnosis in human history.

And National Geographic has now admitted that they are doing their part to brainwash the masses into accepting the false narrative of climate change.

As noted by Fox News, experts have suggested that other reasons for the polar bear’s condition could have been old age, illness, or injury. Mittermeier even admitted that she could not say for sure “that this bear was starving because of climate change.”