Facebook has released its biannual Community Standards Enforcement Report which shows the number of controversial posts the company has removed from the platform. As Statista’s Niall McCarthy shows below, the social media giant deleted a record number of hate speech posts with 9.6 million pieces of content taken down between January and March 2020 compared to 5.7 million in the prior period. 4.7 million posts were removed that originated from organized hate groups in the first quarter of this year which is an increase of more than 3 million on Q4, 2019. 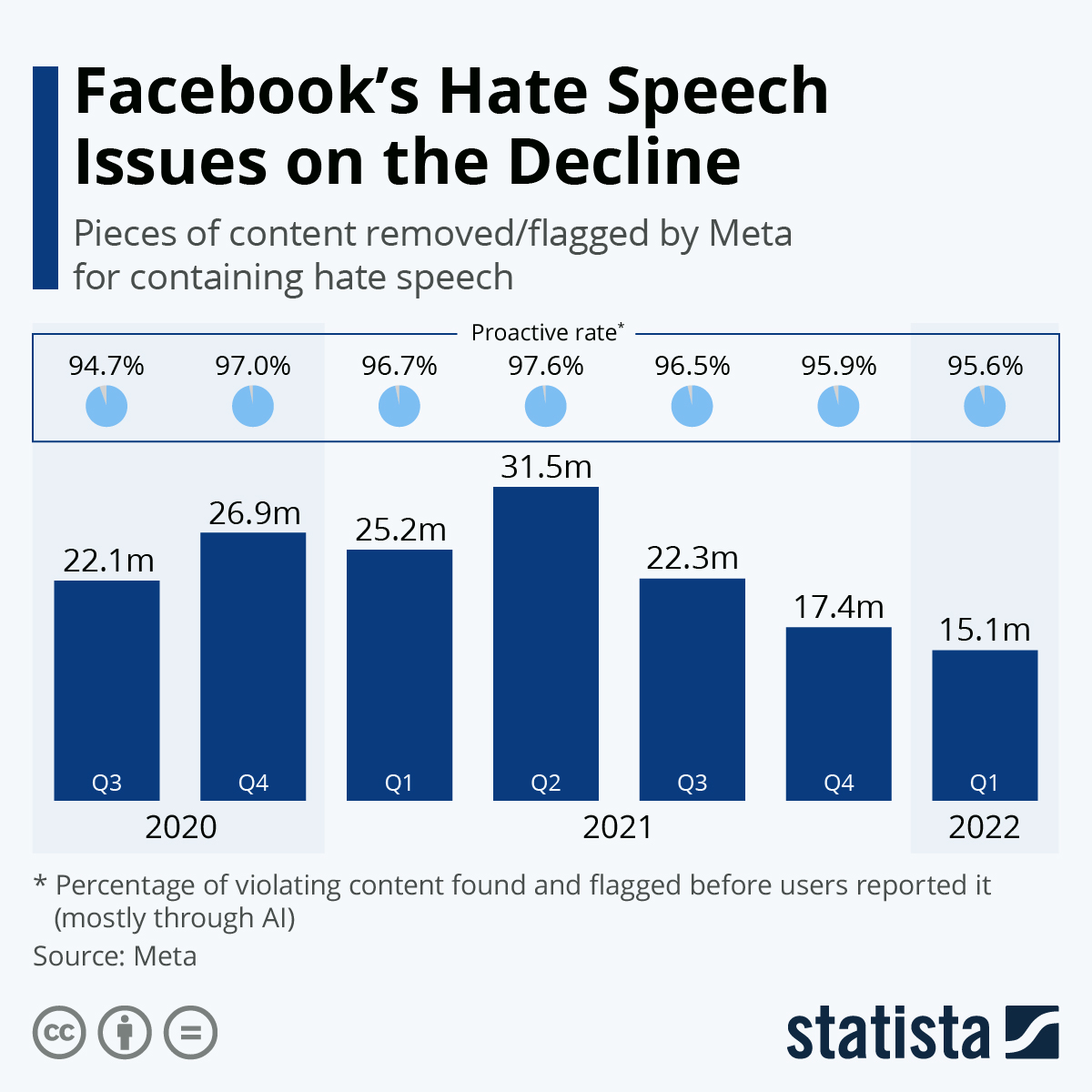 In a statement, the company said that “we’re now able to detect text embedded in images and videos in order to understand its full context, and we’ve built media matching technology to find content that’s identical or near-identical to photos, videos, text and even audio that we’ve already removed.”

The report shows that 88.3 percent of all hate speech content was removed before users reported it in Q1.