F-35 Boondoggle Can Only Target “Stationary or Slow Moving Objects” 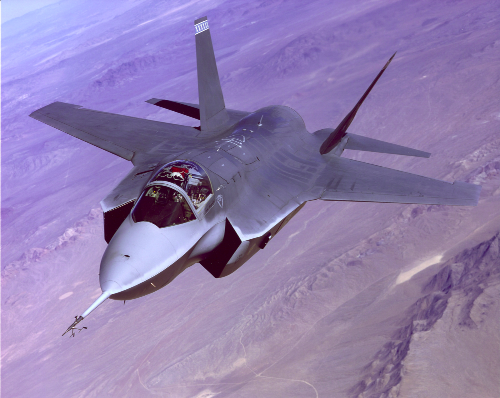 Even if you’ve never heard of the sunk cost fallacy, you’ve definitely been guilty of it at one time or another. We all have. It’s what happens when you spend money or effort on something that doesn’t pay off. However, instead of cutting your losses, you double down and keep flushing your money down the drain because you’re emotionally attached to the project or investment. It’s clearly a waste of money, but because you’ve already spent so much, it feels like it would be a waste to just stop and let it go.

If you’ve ever bought a run down used car, and spent far more in repairs than the original cost of the vehicle, then you know what I’m talking about. We’re all guilty of this, but the sunk cost fallacy becomes especially problematic and wasteful when governments are guilty of it. Then the waste is no longer measured in thousands of dollars.

Though our government has produced plenty of examples of the sunk cost fallacy (the drug war, war on terror, war on poverty, etc), perhaps the most perfect example is the F-35 project. This is a fighter jet that has cost over a trillion dollars to develop since 2001. It was significantly delayed and was completed well over budget. And yet, the aircraft has been mired in technical problems every step of the way.

For instance, software bugs have prevented the F-35 from taking off during test flights. A glitch has caused the the radar to turn off randomly, forcing pilots to turn it off and on again. There’s also a problem with the ejection seat, which could kill lightweight pilots when it’s used. Plus there are problems with the fuel tank, lightning protection, the helmet display, and the flight control system, among others.

But because we’ve already sunk so much money into the F-35, nobody has the guts to say enough is enough.

And if you can believe it, there are still new problems emerging with this aircraft, the latest of which involves the aircraft’s laser targeting system.

‘Despite being among the most technologically advanced low-observable warplanes on the planet, the Lockheed Martin F-35 has one significant shortcoming,’ it wrote.

The jet has gone through dozens of updates to its software, with the Block 3F being the most recent.

The issue means the aircraft is limited to striking fixed or slow-moving objects such as surface-to-air missiles.

Every time there is a problem with this aircraft, it presents our government with an opportunity to cut its losses and scrap the whole project. But when you’ve spent enough money to bribe god, giving up feels like such a waste. Even if it’s the smart thing to do.