Ex-NYT Journalist: COVID Tyranny Will Be Remembered As A “Catastrophic Moral Crime” 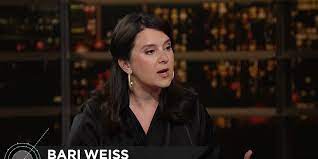 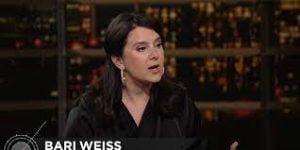 Former New York Times journalist Bari Weiss has blasted the U.S. government’s draconian pubic health responses to COVID, claiming that its continuous lockdowns and restrictions will be remembered as a “catastrophic moral crime.” The only good news is that many are beginning to see that they were born slaves on a prison planet.

Weiss, who resigned from the Times in 2020, forcefully condemned the COVID hysteria during a Friday appearance on HBO’s “Real Time with Bill Maher.” “I’m done. I’m done with COVID,” Weiss proclaimed, prompting the audience to erupt in applause and cheers. Weiss had announced her departure from the Times in a scathing resignation letter accusing the paper of “constant” ideological “bullying”, and submission to woke practices.

“A new consensus has emerged in the press, but perhaps especially at this paper: that truth isn’t a process of collective discovery, but an orthodoxy is already known to an enlightened few whose job is to inform everyone else,” she wrote in her resignation letter.

Weiss has noted that the government has continued to lie to amass power and wealth for themselves, while the rest of us are told we have to be their slaves and obey their every command. The ruling class hasn’t rolled back COVID restrictions despite constantly assuring the public that the experimental vaccine was the key to getting “back to normal.”

“We were told you get the vaccine, you get the vaccine and you get back to normal. And we haven’t gotten back to normal. And it’s ridiculous at this point,” she said. The rulers are also having trouble convincing all of the slaves to take the shots to begin with, signaling a massive awakening and noncompliance. But it’s terrifying those who just want to fit in and keep the status quo of being enslaved going.

Now, she said, the continuous stream of anti-vaxxer propaganda from the media has created a chilling effect even among liberals who are also at their wit’s end with the COVID hysteria. “I know that so many of my liberal and progressive friends are with me on this and they do not want to say it out loud because they are scared to be called anti-vaxxed or to be called science deniers or to be smeared as a Trumper,” Weiss explained. –Info Wars

“Most importantly, that this is going to be remembered by the younger generation as a catastrophic moral crime,” Weiss argued. “People are killing themselves. They’re anxious, they’re depressed, they’re lonely. That is why we need to end it.” It appears that some, even on the left, are tired of being slaves.