Events Are About To Start Accelerating: “The Second Half Of 2015 Is Going To Be Extremely Significant” 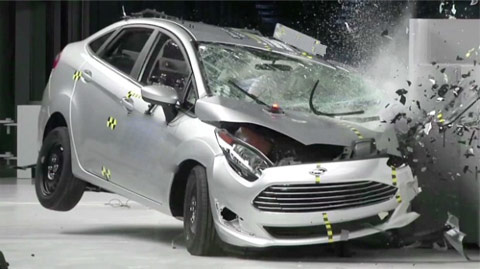 This article was originally published by Michael Snyder at End of the American Dream. If you want to know what things in America are going to look like in a few years read his widely popular book The Beginning of the End.

Is something really big about to happen?  For months, people have been pointing to the second half of this year for various reasons.  For some, the major concern is Jade Helm and the unprecedented movement of military vehicles and equipment that we have been witnessing all over the nation.  For others, the upcoming fourth blood moon and the end of the Shemitah cycle are extremely significant events.  Yet others are most concerned about political developments in Washington D.C. and at the United Nations.  To me, it does seem rather remarkable that we are seeing such a confluence of economic, political and spiritual events coming together during the second half of 2015.  So is all of this leading up to something?  Is our world about to change in a fundamental way?  Only time will tell.  The following are 7 key events that are going to happen by the end of September…

July 15th to September 15th – A “realistic military training exercise” known as “Jade Helm” will be conducted by the U.S. Army.  More than 1,000 members of the U.S. military will take part in this exercise.  The list of states slated to be involved in these drills includes Texas, Colorado, New Mexico, Arizona, Nevada, Utah, California, Mississippi and Florida.

On September 17th, 2001 (which was Elul 29 on the Biblical calendar), we witnessed the greatest one day stock market crash in U.S. history up until that time.  The Dow plummeted 684 points, and it was a record that held for exactly seven years until the end of the next Shemitah cycle.

On September 29th, 2008 (which was also Elul 29 on the Biblical calendar), the Dow fell by an astounding 777 points, which still today remains the greatest one day stock market crash of all time.

September 15th – The 70th session of the UN General Assembly begins on this date.  It is being reported that France plans to introduce a resolution which would give formal UN Security Council recognition to a Palestinian state.  Up until now, the United States has always been the one blocking such a resolution, but Barack Obama is indicating that things may be much different this time around.

September 25th to September 27th – The United Nations is going to launch a brand new sustainable development agenda for the entire planet.  Some have called this “Agenda 21 on steroids”.  But this new agenda is not just about the environment.  It also includes provisions regarding economics, agriculture, education and gender equality.  On September 25th, the Pope will travel to New York to give a major speech kicking off the UN conference where this new agenda will be unveiled.

September 28th – This is the date for the last of the four blood moons that fall on Biblical festival dates during 2014 and 2015.  This blood moon falls on the very first day of the Feast of Tabernacles, it will be a “supermoon”, and it will actually be visible in the city of Jerusalem.  There are many that dismiss the blood moon phenomenon, but we have seen similar patterns before.  For example, a similar pattern of eclipses happened just before and just after the destruction of the Jewish temple by the Romans in 70 AD.

Perhaps none of this alarms you.  But when you add everything above to the fact that the elite definitely appear to be feverishly preparing for something, a very alarming picture emerges.

For example, due to fears that a “natural disaster” could interrupt their operations in New York, the New York Fed has been working hard to build up a satellite office in Chicago.

What kind of “natural disaster” could possibly be so bad that it would cause the entire New York Fed to shut down?

And NORAD has decided to move back into the base deep inside Cheyenne Mountain after all these years.  The threat of an electromagnetic pulse was the reason given for this decision.

By themselves, perhaps those moves would not be that big of a deal.  But let’s add all of the weird movements of military vehicles and equipment that we have been witnessing lately to this discussion.  I included this list from Intellihub in aprevious article, but I believe that it bears repeating…

What does all of this mean?

It is hard to say.  We have imperfect information, so it is difficult to come up with perfect conclusions.

So what do you think?  Please feel free to share your thoughts with all of us by posting a comment below…